The Resurrection of Theaters

In a day and age that theaters are disappearing one by one from the streets, be it because of a lack of funding or a decline in interest, at least one theater thrives: the TOBACCO Theater. In the heart of the beautiful and historical city center of Amsterdam, this hidden gem has found a way to survive by seamlessly combining the two functions of event venue and cultural theater. We went out to investigate what’s going on at this highly popular venue at the famous theatre street Nes and the edge of the Red Light District.

We’ll admit: the TOBACO Theater isn’t quite the same as a traditional theater. And when owner Erik van Wilsum bought the theater about ten years ago, he really wasn’t quite sure what he was going to do with it. Though he understood very well that running a theater was not likely to be profitable enough in the long run, he still wanted the old theater to be a place for the citizens of Amsterdam – and not just another venue catering to mass tourism.

So when, in a pretty much random turn of events, some company contacted him to ask if they couldn’t organize an event at his lovely venue, Erik saw the light: he was going to get the best of both worlds by making his venue available for corporate events, as well as giving young artists, theater producers and students a chance by offering his venue for exhibitions and theater productions at low or no cost. By doing so, he could fund his cultural programming with his commercial activities. Everybody happy. 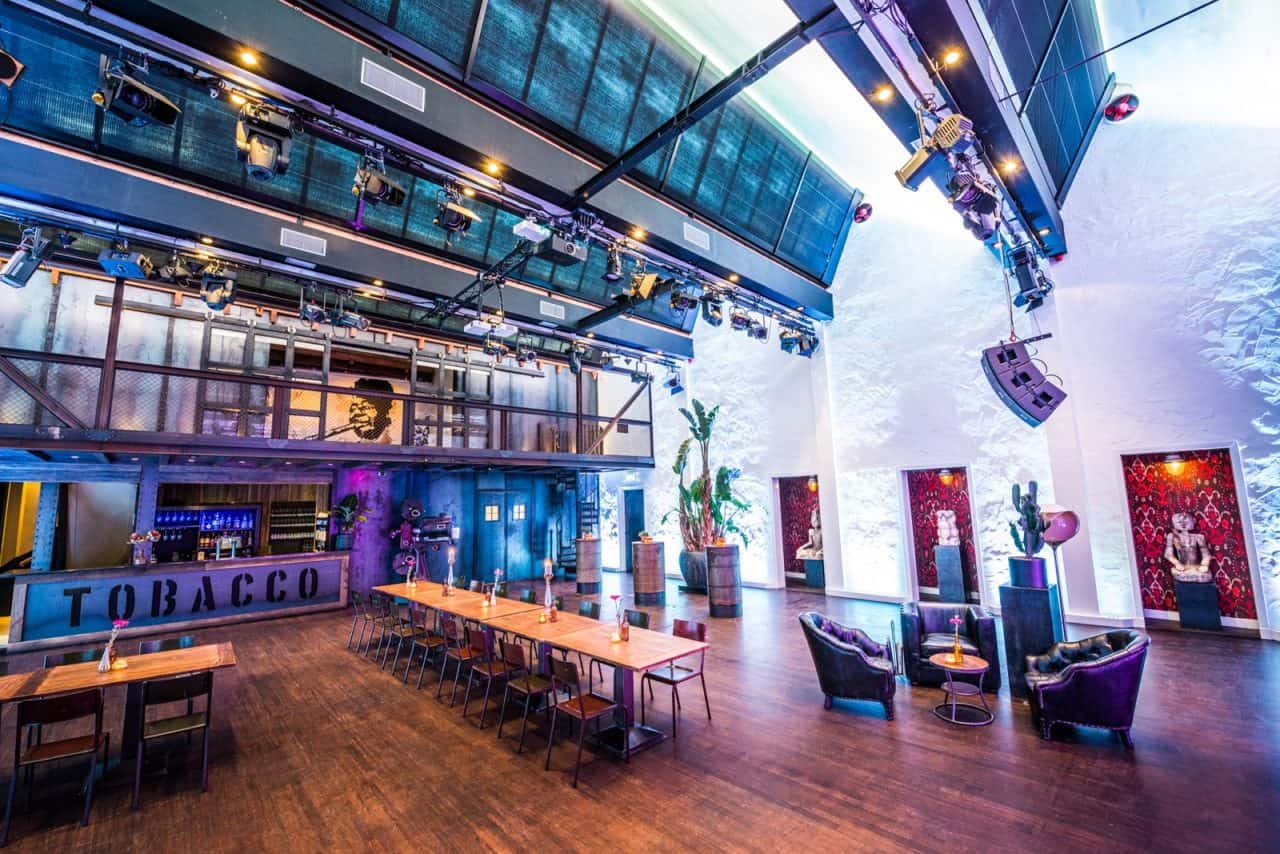 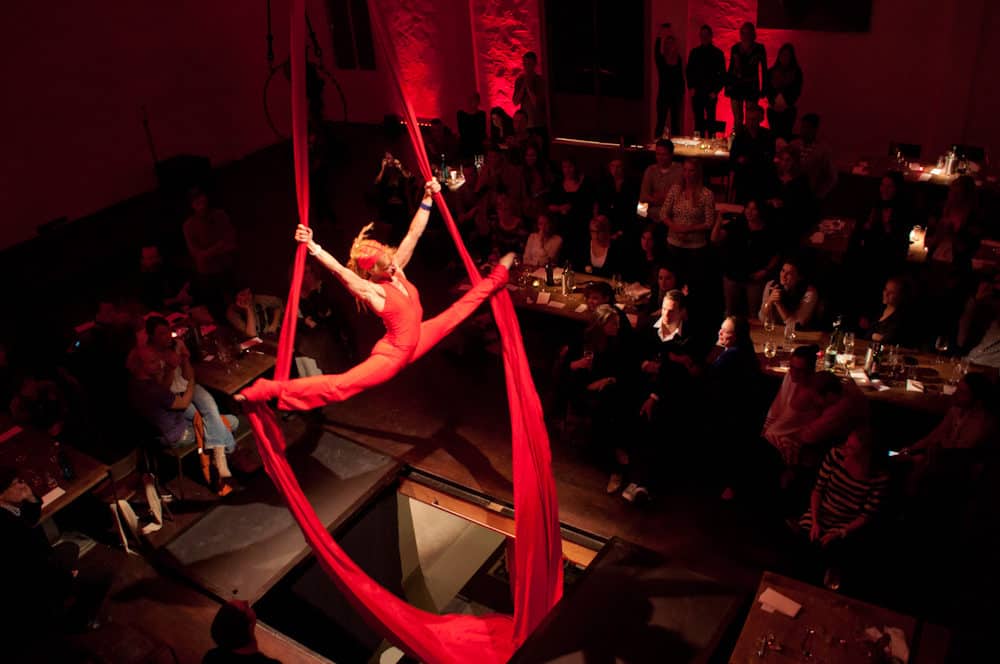 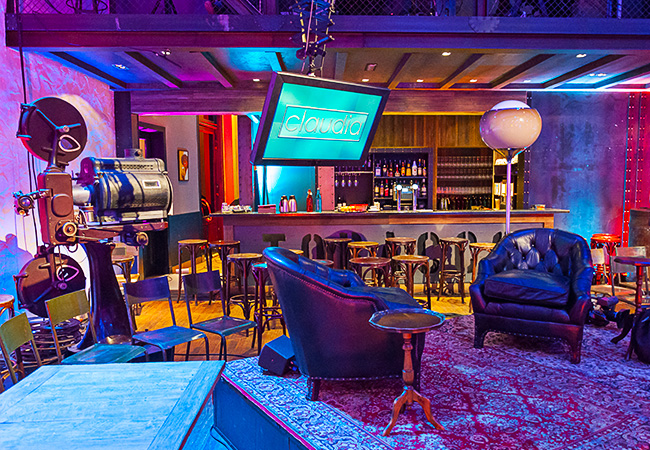 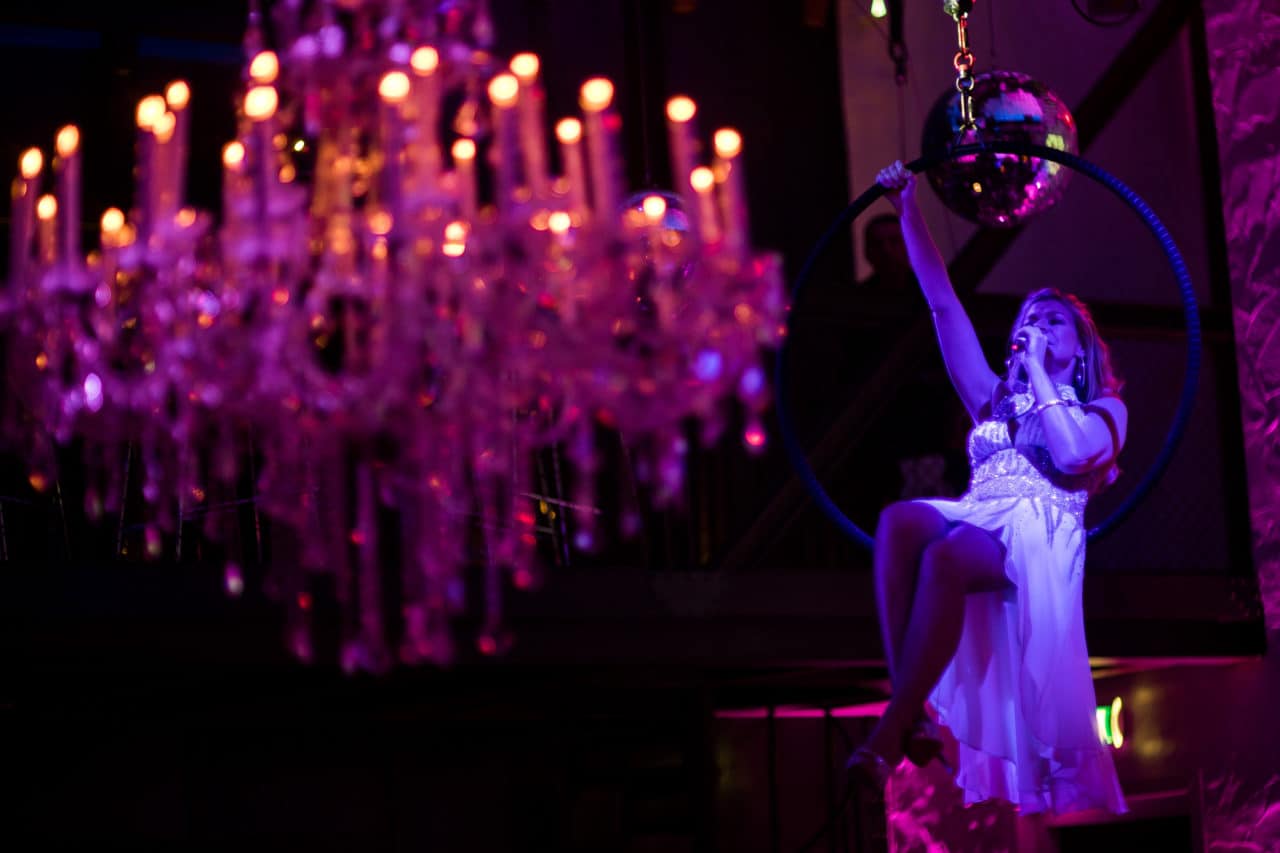 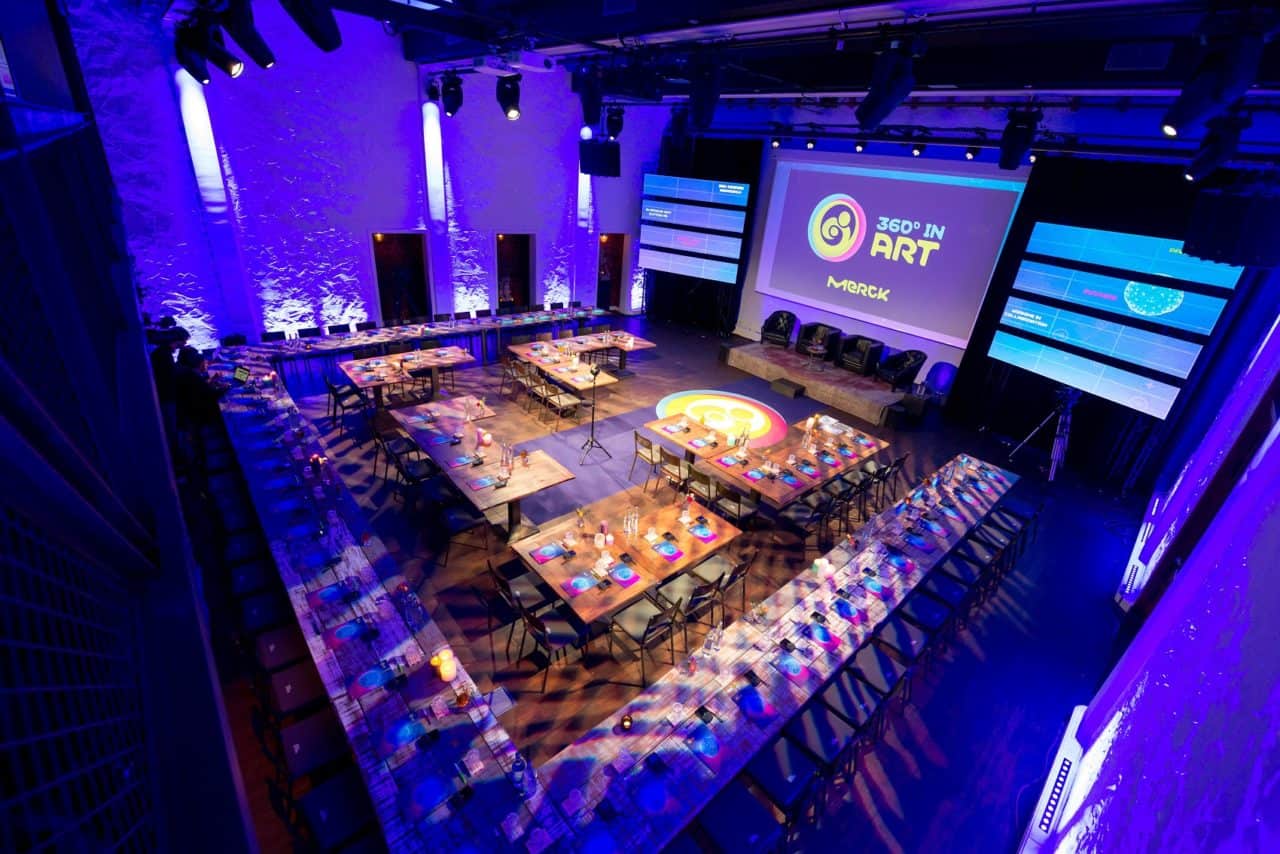 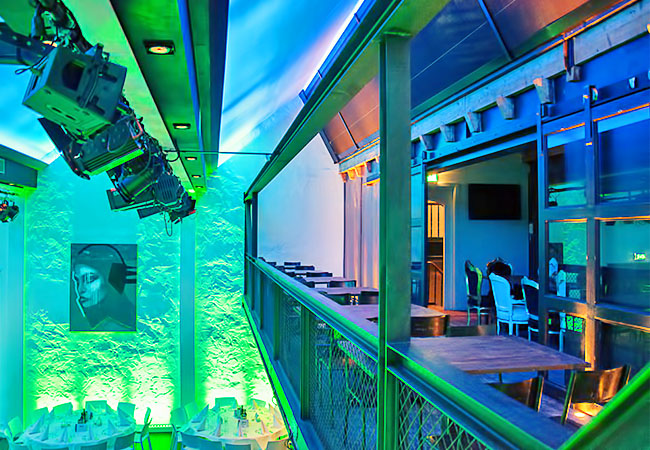 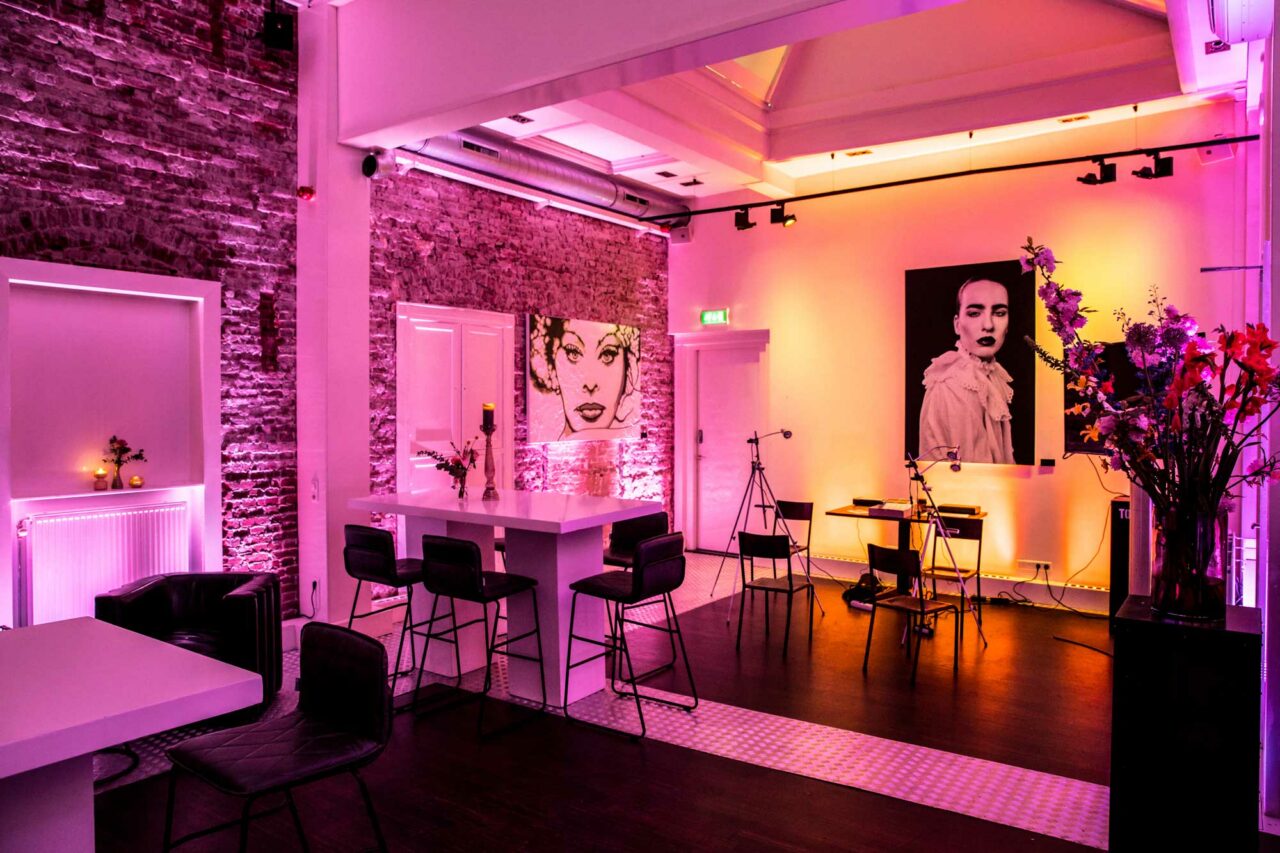 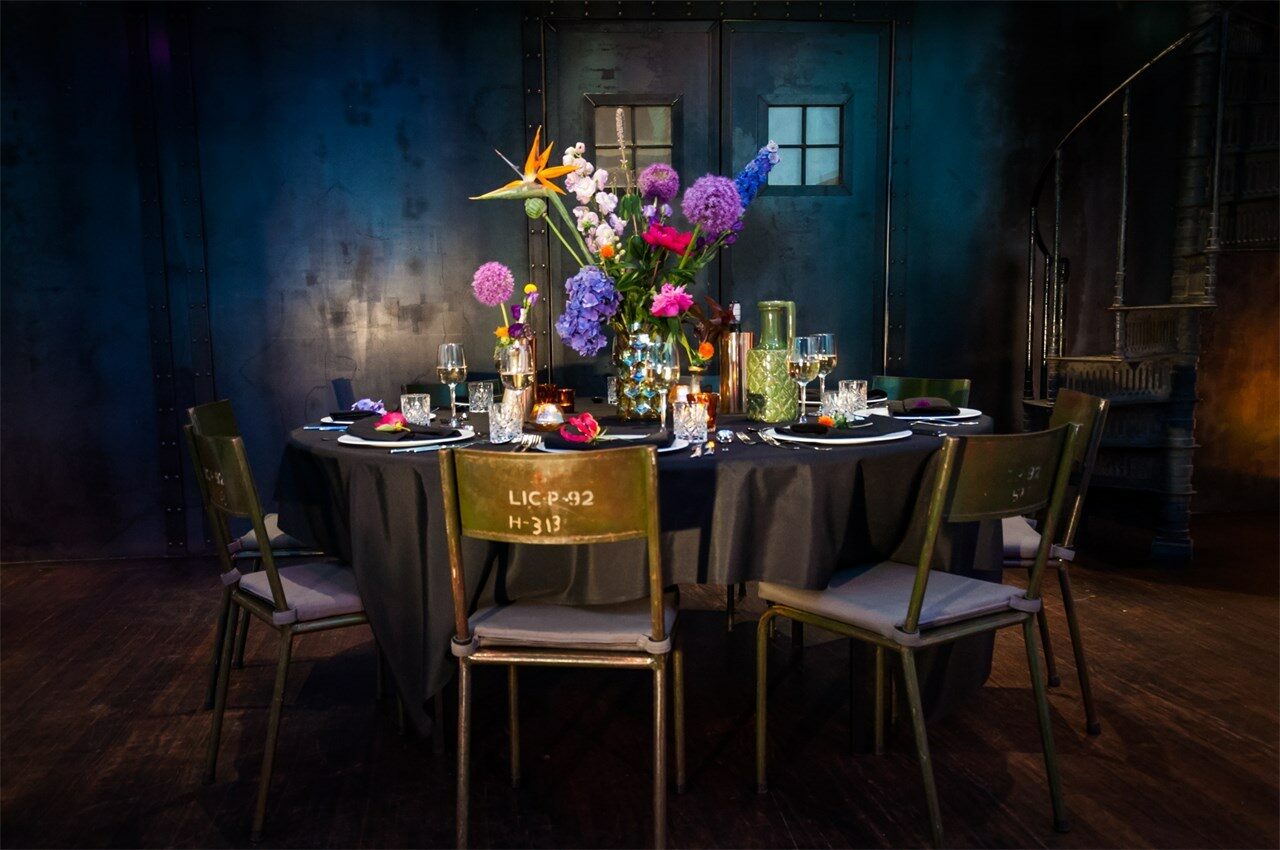 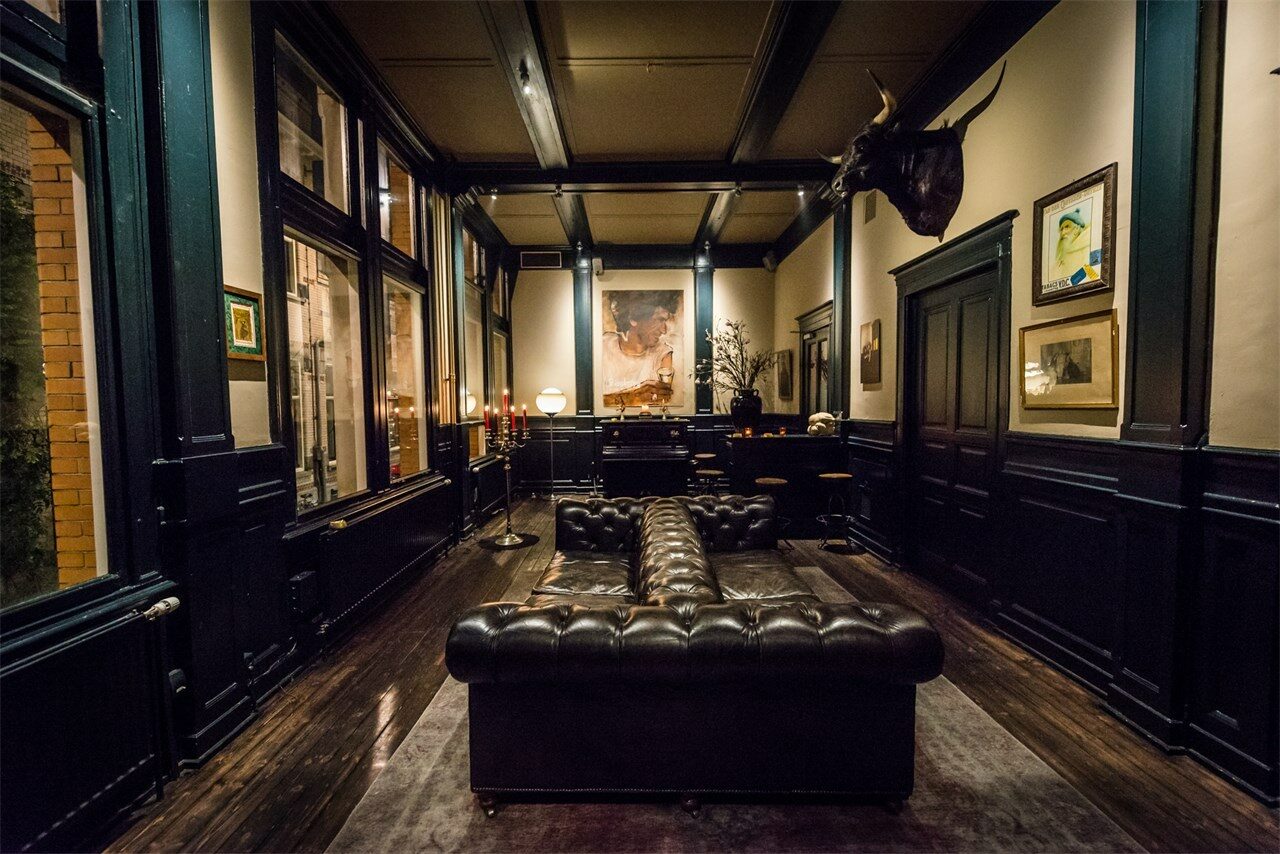 As we are received at the TOBACCO Theater by Erik, we are struck by the beautiful façade of the old building. Before its theater years, around 1900, this was a lively auction house where tobacco was traded and sold – hence the name. The roof is one of those typical industrial sawtooth roofs, facing north, that allows an abundance of daylight to shine down on the wares that were stalled out at the auction. That light now puts a speaker or theater actor in the spotlight. Many other details remind us of the history of this place, such as a huge auction vault in one of the rooms – the contents of which remain a mystery to this day.

When Erik bought the venue in 2007, though, there wasn’t much left of its former glory as an auction house. A theater group had resided in the building since the 60s and it was evident they had little money to spend on upkeep. So everything was completely renovated and Erik added his personal touch to every room. The end result is a style that’s, in a word – and we don’t take this word lightly – unique. It’s a beautiful mix of the history as an auction house, the theater scene, some nods towards the location of the venue in the Red Light District (such as a picture of a dominatrix in the corporate boardroom, no joke) and Erik’s personal touches. Sometimes bordering on kitsch, such as the little buddha shrines in the theater room, yet somehow perfectly in place.

In that same Theater Room, the magic happens. This is the largest space of the venue and it’s got everything going for it. The light coming in form the sawtooth roof, the balcony (added during the renovation) that looks out over the stage, the acoustics, the excellent lighting and audio installation and just the warm and intimate look and feel of the space is superb, leaving nothing to be desired from neither a theater ensemble or a corporate party. 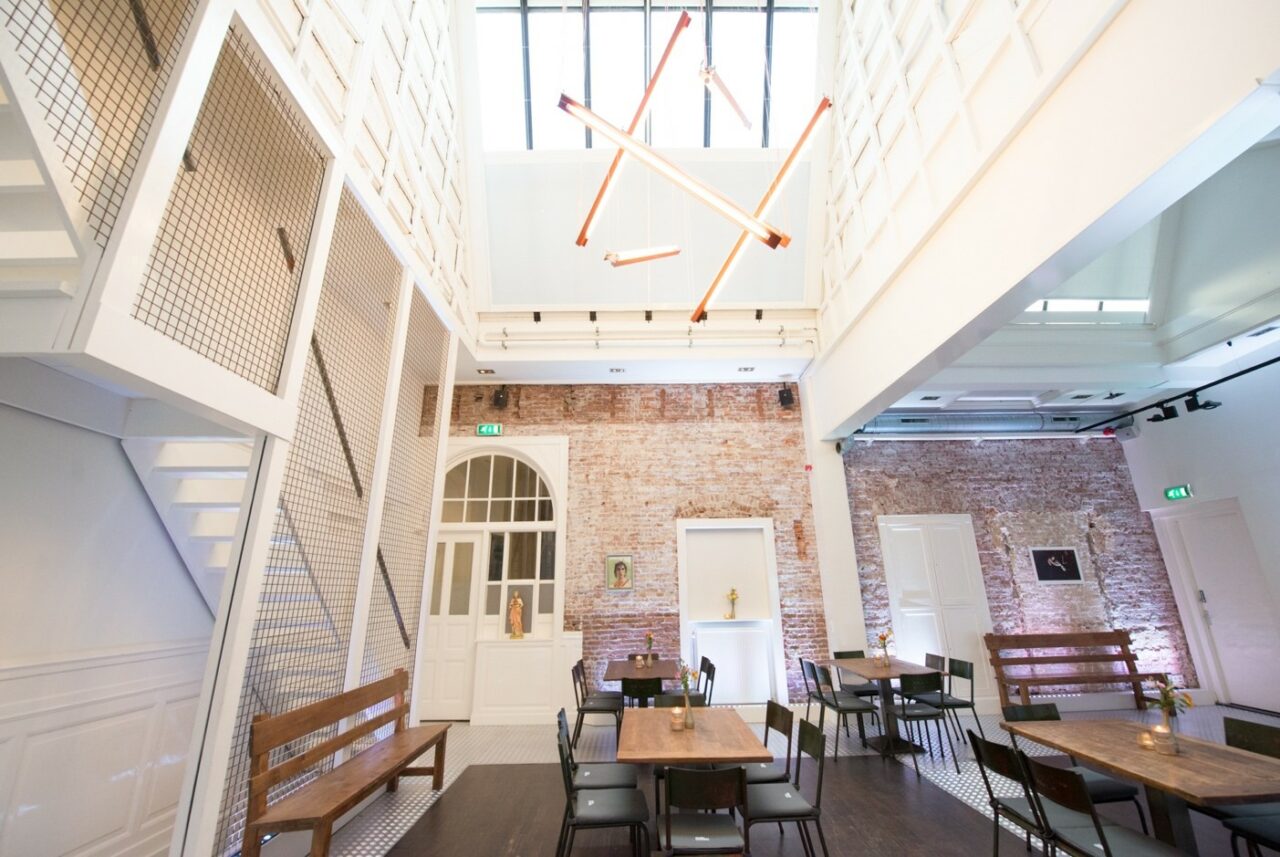 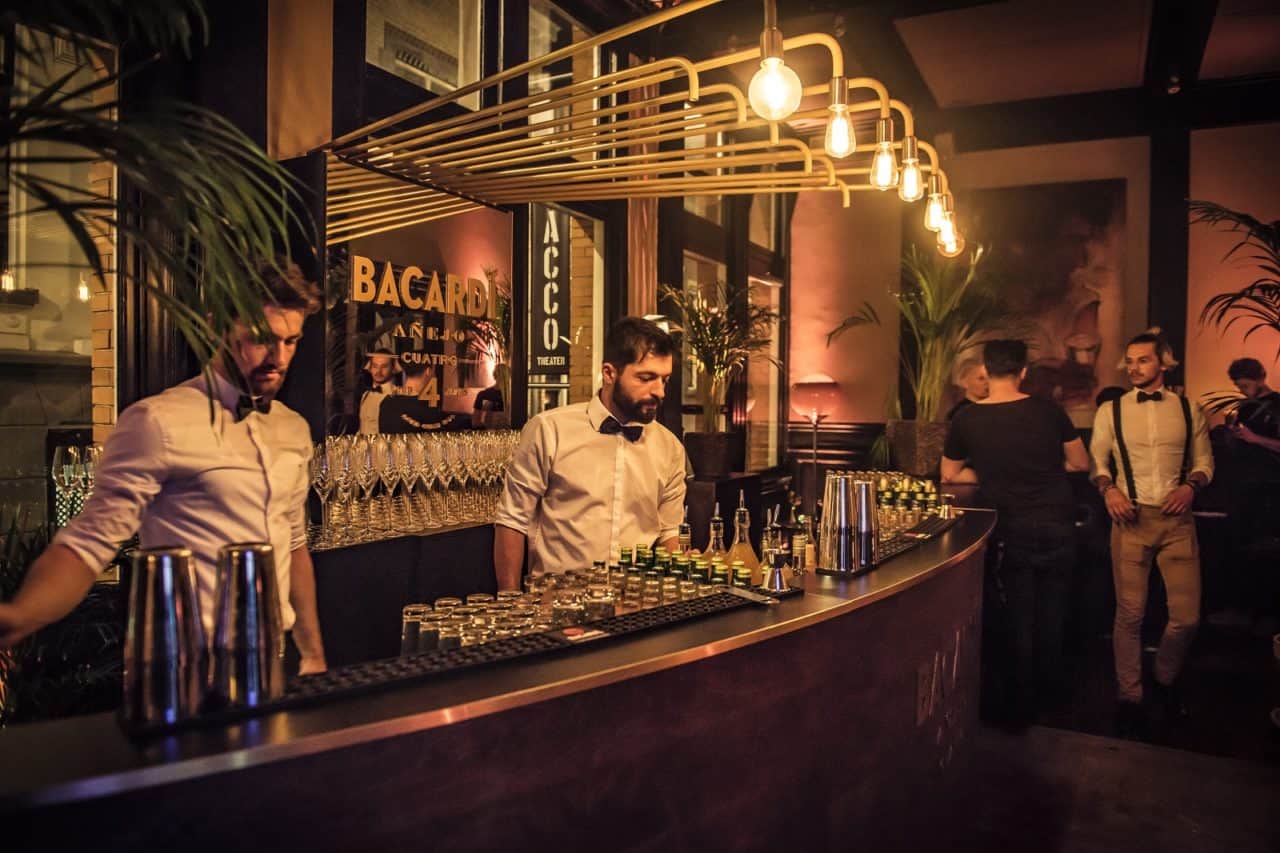 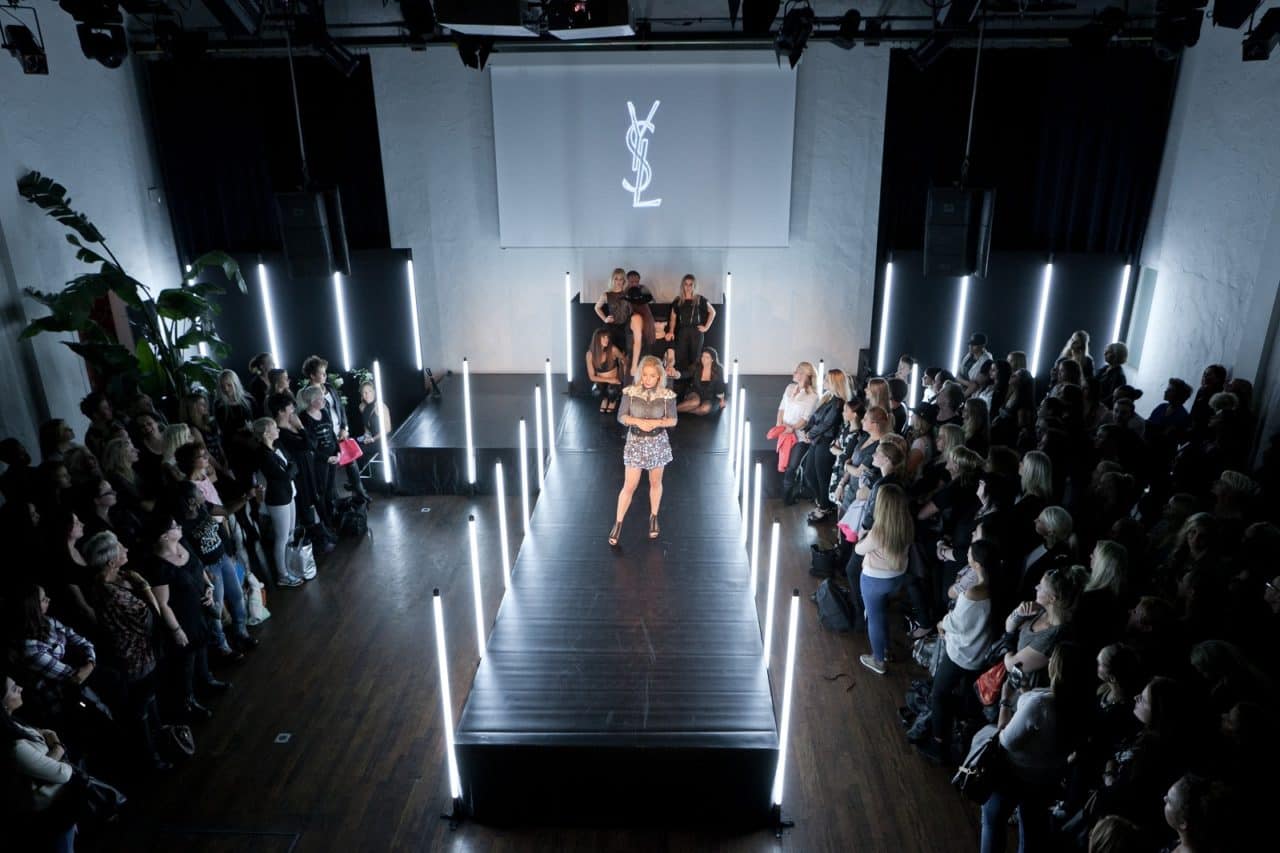 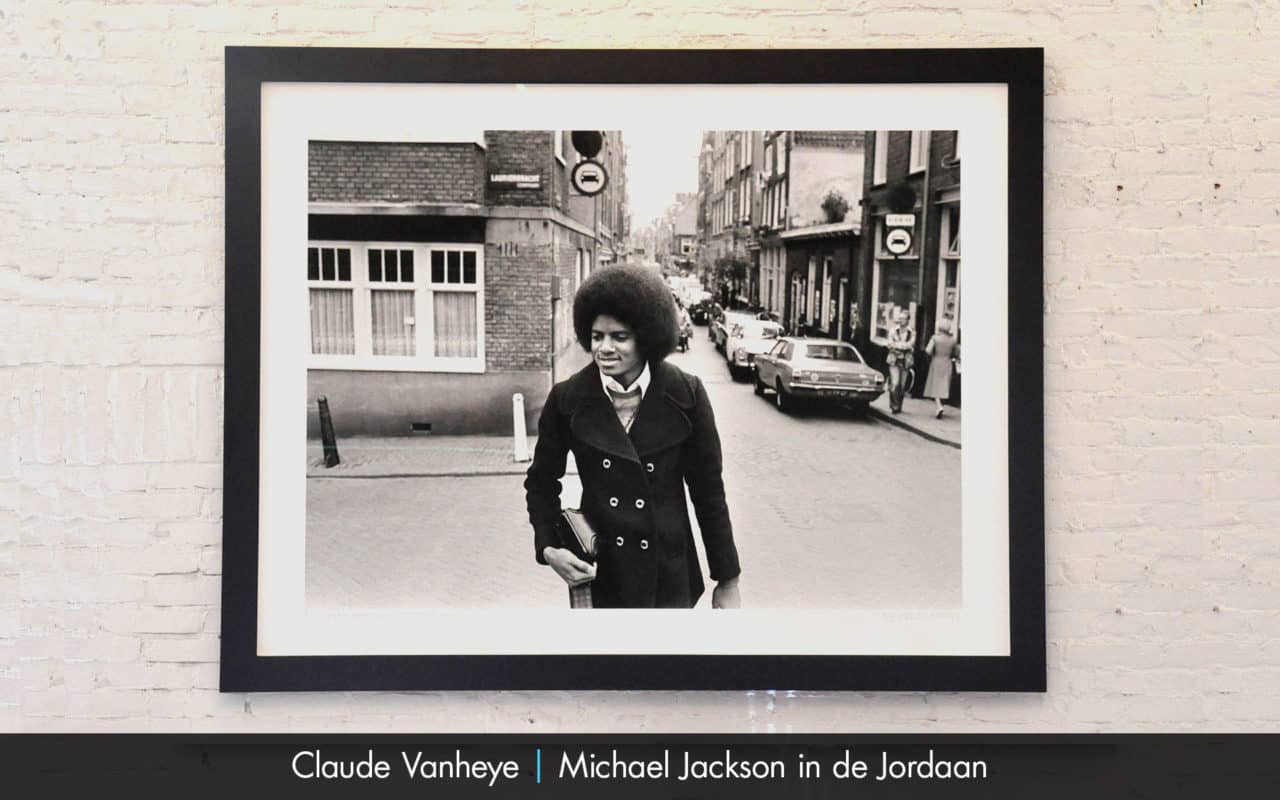 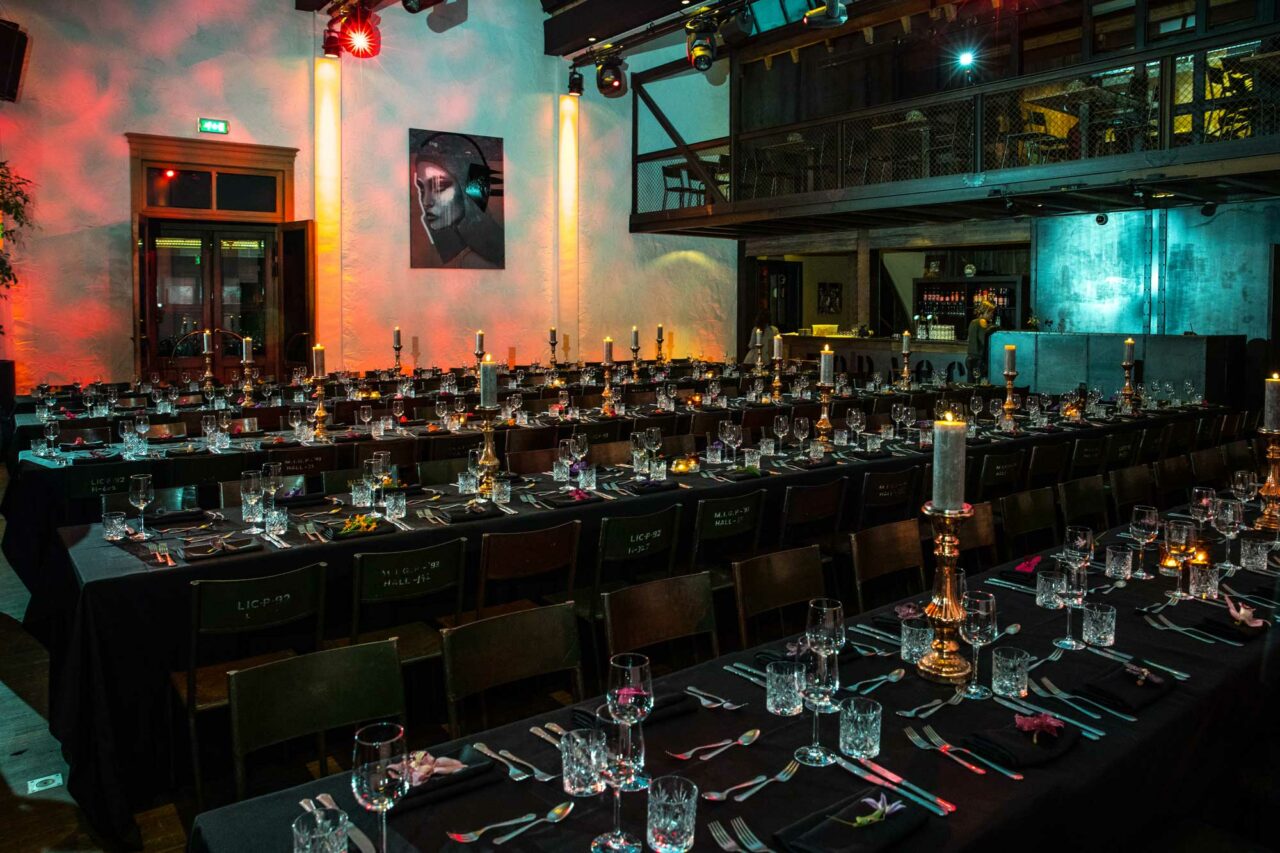 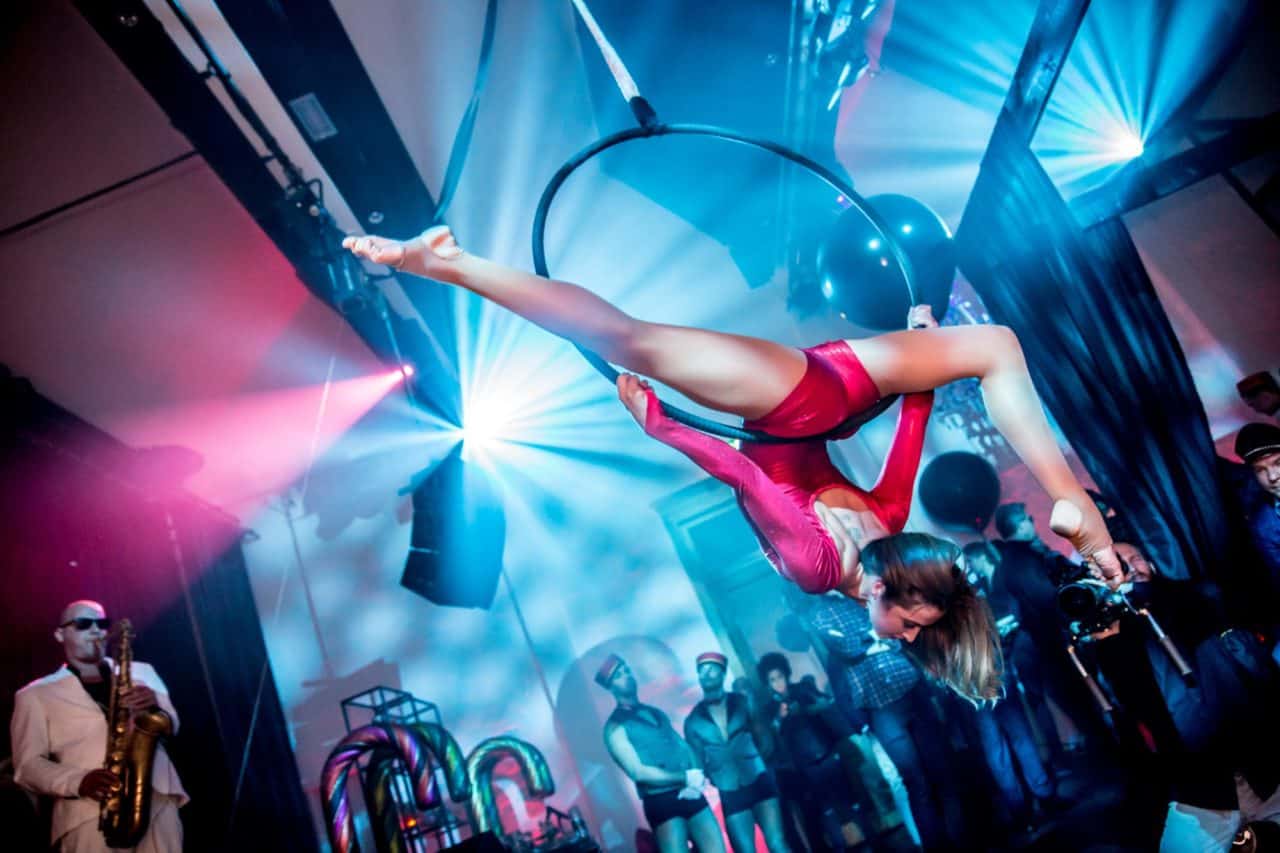 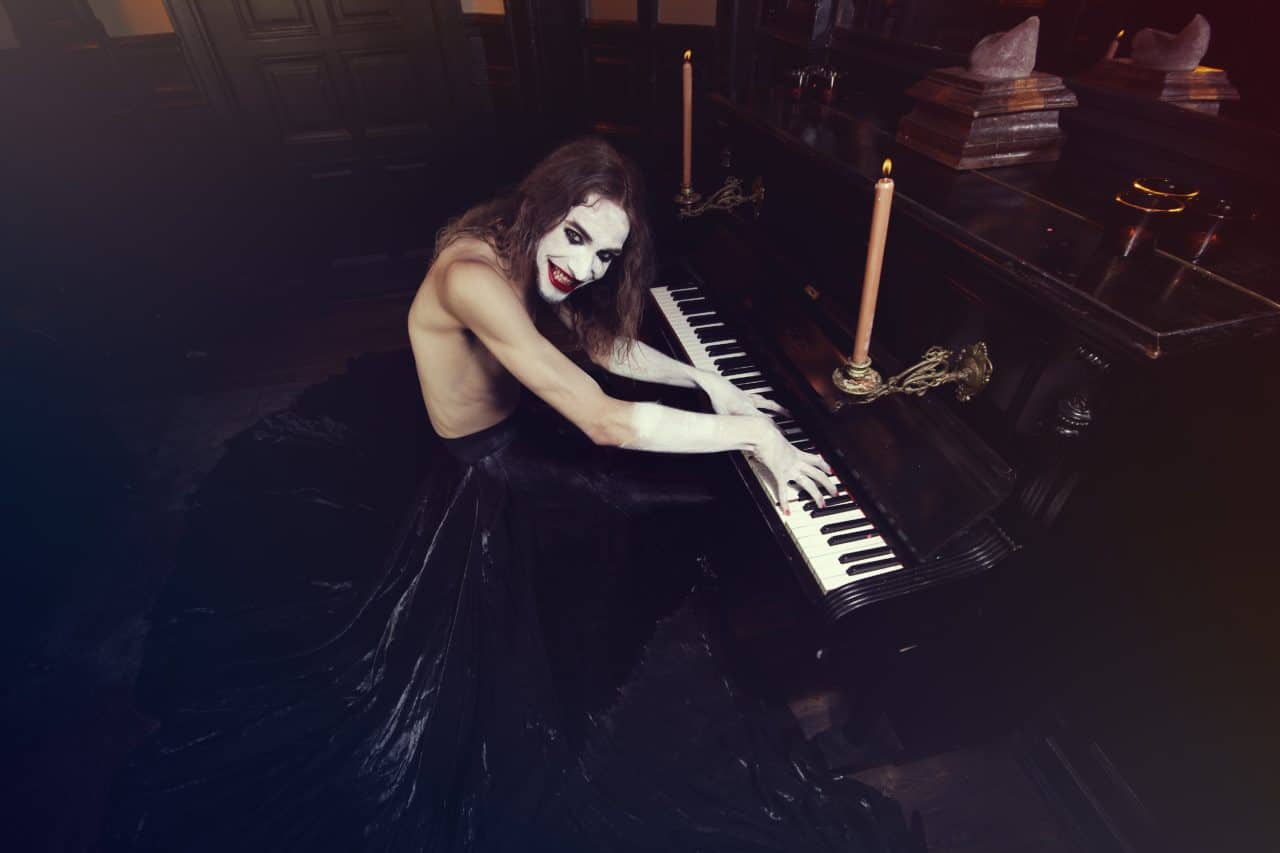 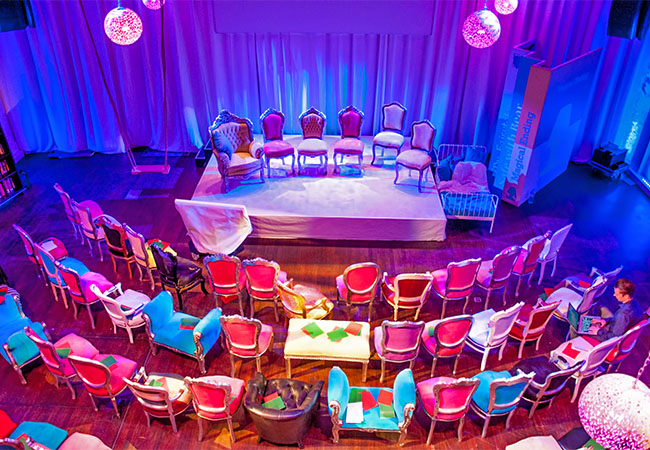 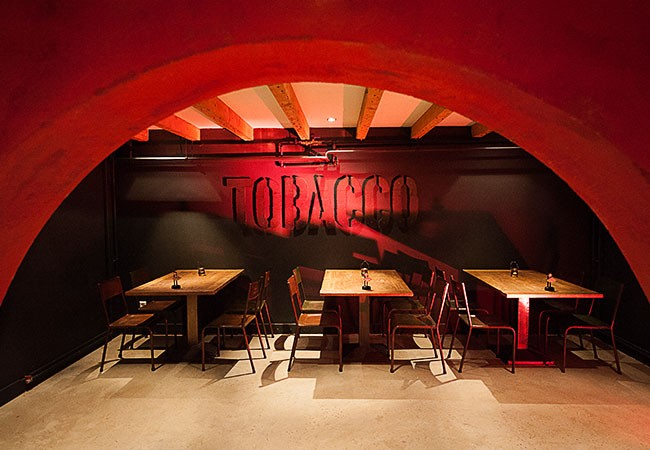 Much more to see

The Studio, right next to the Theater Room, has a very high ceiling and is usually the place where Erik allows some artist to exhibit their work. On the wall is a very special picture of Michael Jackson when he was about 18, photographed by a famous Dutch photographer. You’ll find pictures, paintings, and other works of art everywhere, collected by Erik and thrown into the beautiful mix that is the TOBACCO Theater and giving it the heart and soul it’s rightfully so proud of.

Though there’s much more to see and do at the TOBACCO Theater, our efforts to describe it will probably still not do it justice. We could go on about how, on top of the great look and feel, TOBACCO Theater has an absolutely fantastic kitchen crew led by award-winning chef Dennis Huawë, or how hidden in the catacombs, the wine cellar offers another great, hidden space for special meetings. Instead, we suggest you go see for yourself how theatres are still very much alive in 2018 at the TOBACCO Theater.