Hotspot for Media and Culture in the Amsterdam Vondel Park

Imagine an exclusive venue right in the middle of the well-known Vondel Park in Amsterdam. You receive your guests on the porch of a stately monumental building. A welcome drink in hand, you absorb the environment and observe the constant flow of passers-by enjoying the park. Vondelpark3 is the striking white building with the sun-drenched porch that lies in the heart of the Vondel Park. Most Dutch people probably know it from the many high-profile TV-productions that are recorded here. From a company party to an impactful public event, from a meeting to a well-cared for dinner party: Vondelpark3 is open for everyone.

The former Vondelpark Pavilion was built in 1874 and is known as the Film Museum, which closed its doors in 2012. After an extensive renovation, this listed building was reopened in 2014 as the Media and Culture Lab from broadcasting station AVROTROS. It’s been the location for a wide range of popular television productions since. The annual live broadcast of the finale of the Dutch TV-show ‘Wie is de mol?’ is a striking example of that. AVROTROS provides a platform for young media makers to experiment and innovate. From television recordings to live shows for radio and from live performances to concerts: Vondelpark3 has grown into a lively hotspot where opinion and culture intersect and makers and enthusiasts meet. The restaurant on the ground floor, open seven days a week to the public, is the place to be for events. 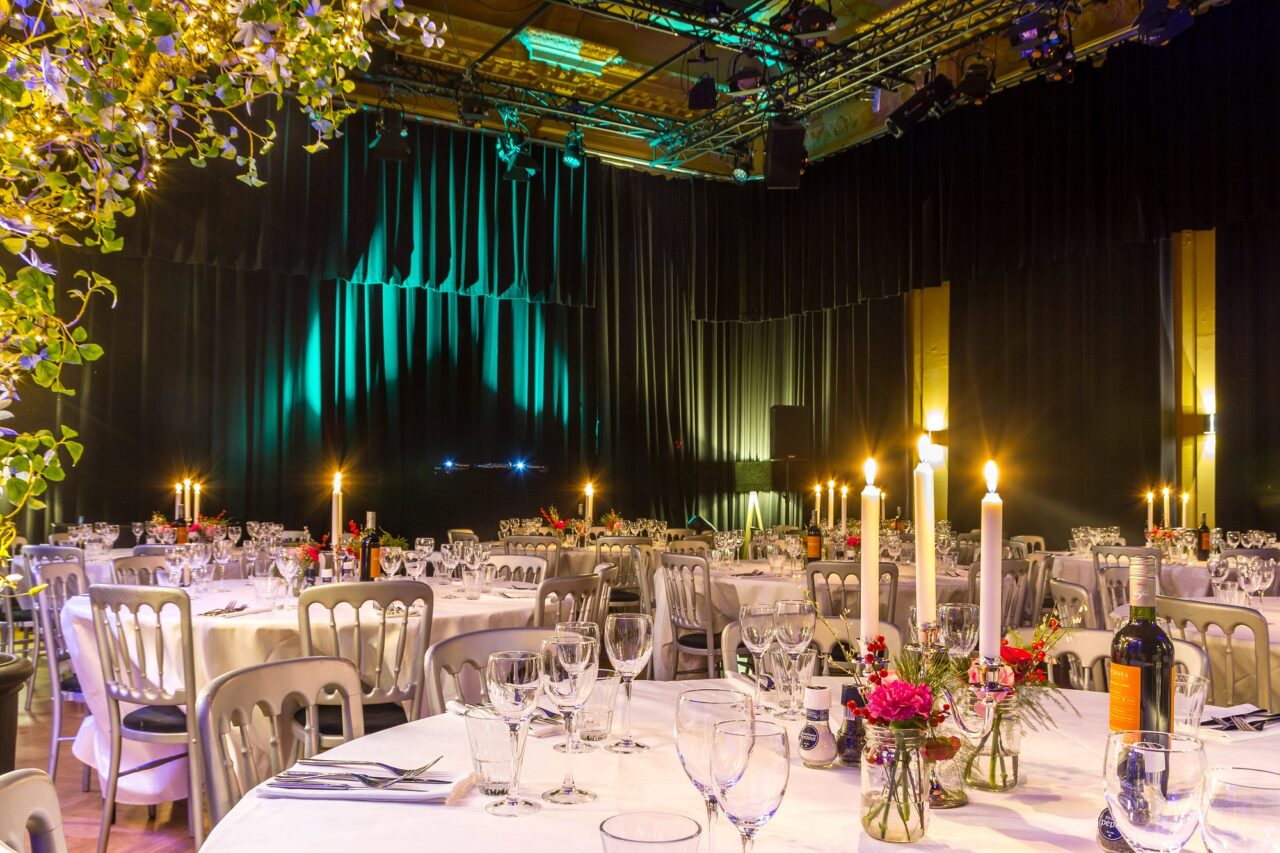 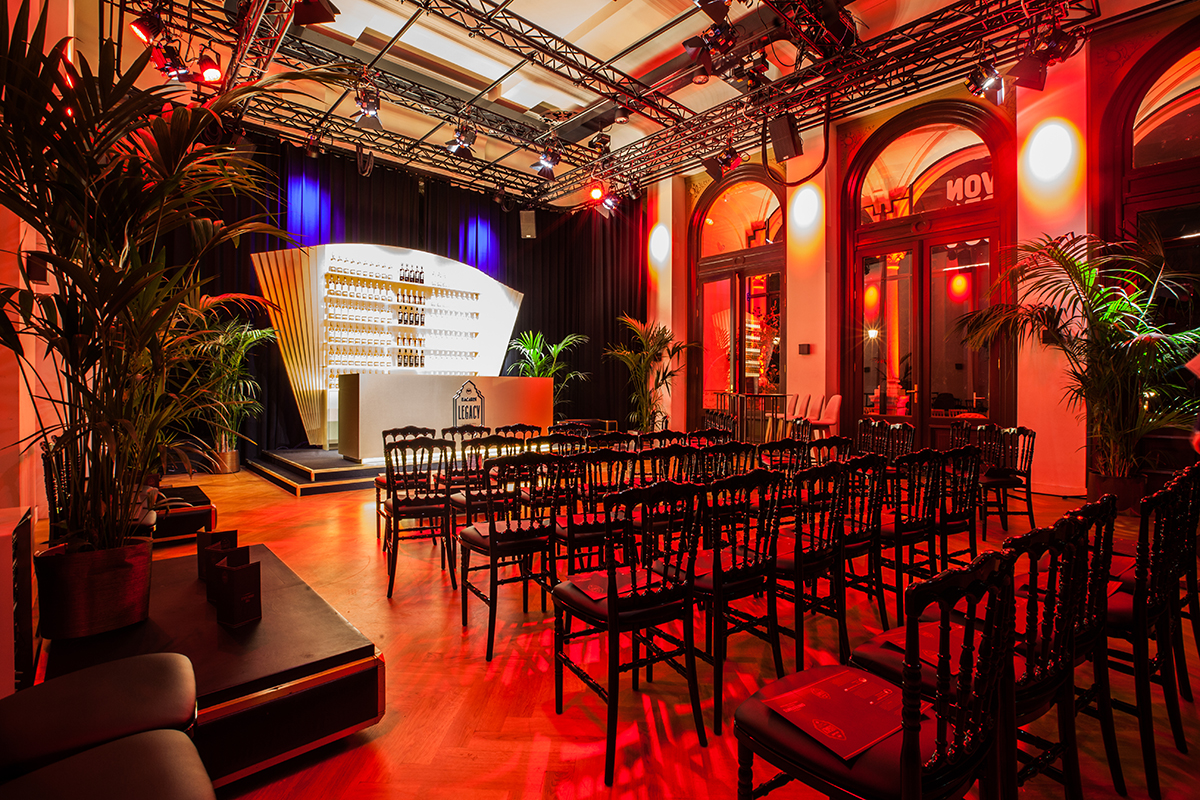 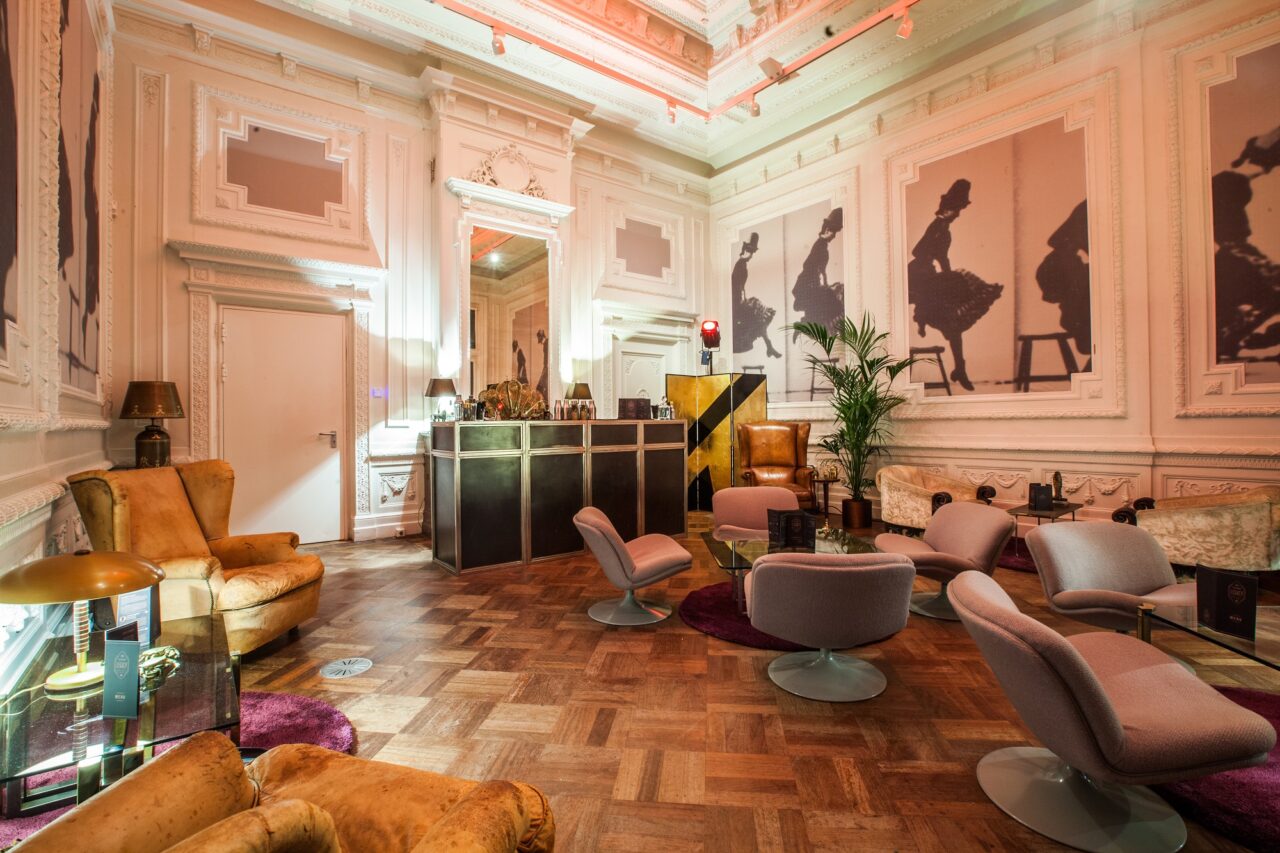 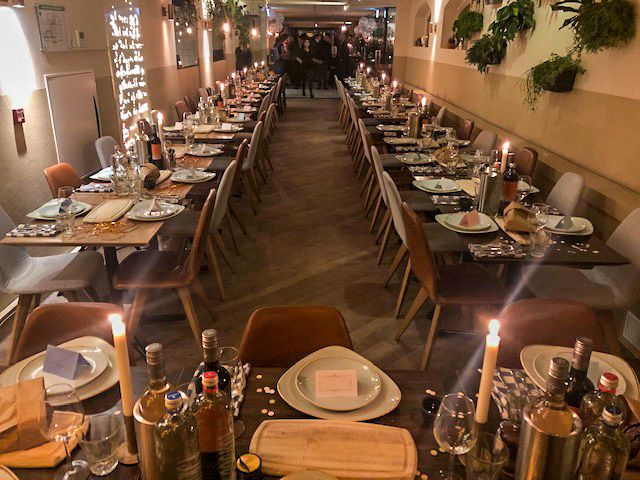 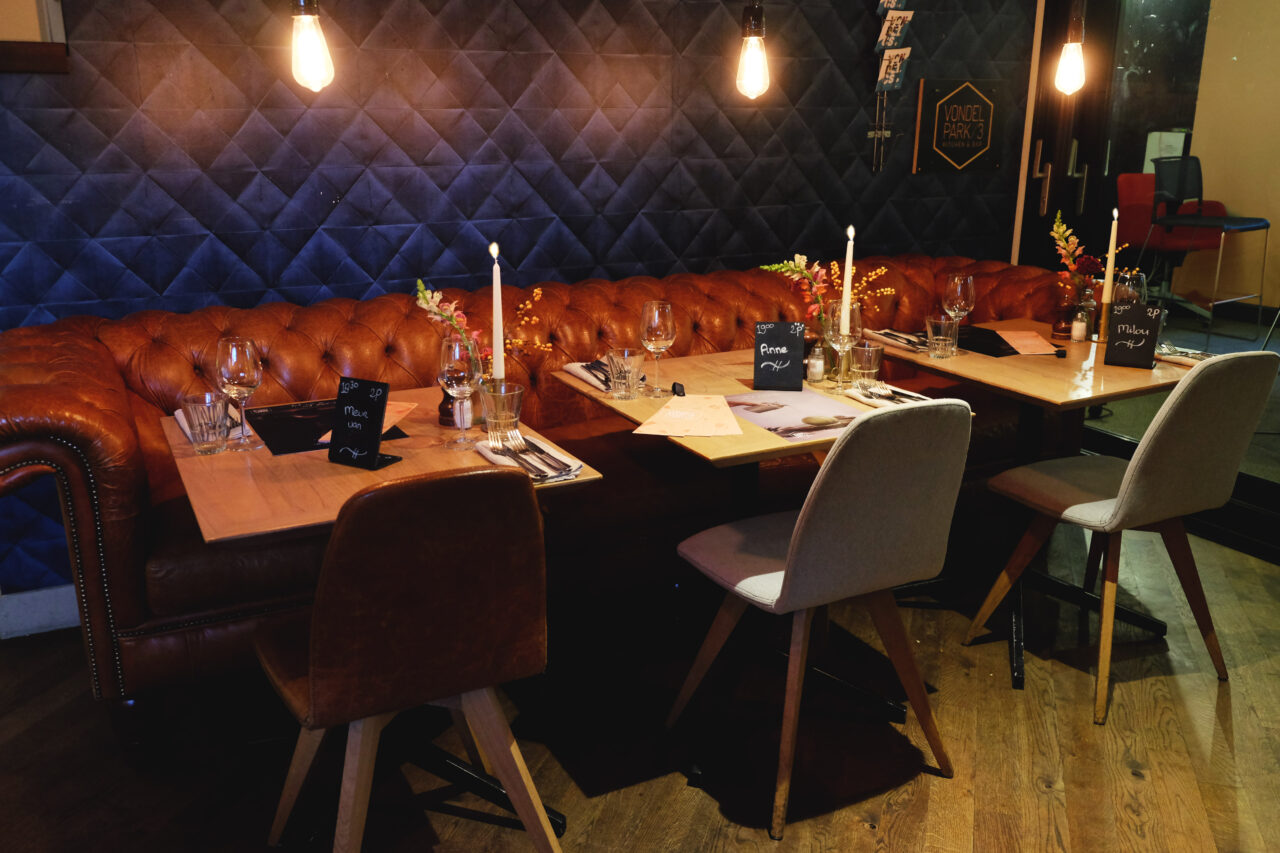 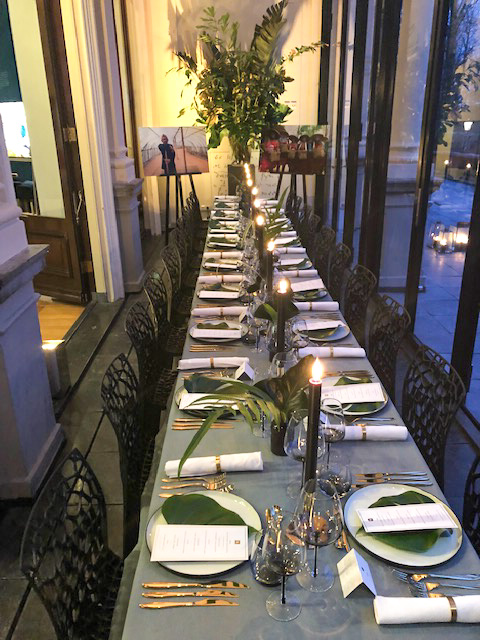 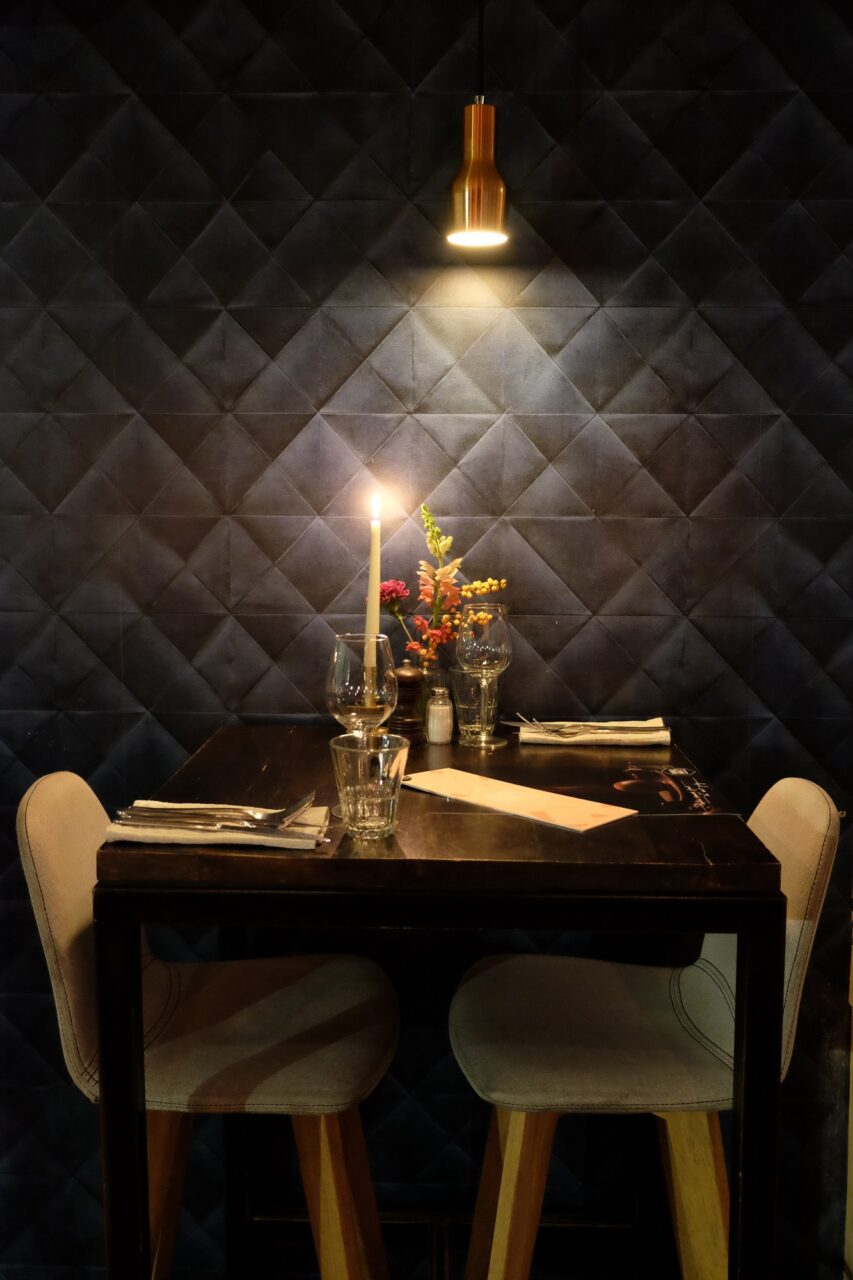 Vondelpark3 is a fantastic venue for drinks and dinner parties. The restaurant is the designated area for those sort of gatherings: an atmospheric space, designed with contemporary furniture and cosy sitting areas. The style of the building is reflected in the cool marble floor, while more natural elements such as the wood tables and large windows with a view of the park give it an accessible character. Unsurprisingly, the restaurant is commonly known as the ‘living room of the Vondel Park’. Outside of the summer months, it’s possible to include the entire terrace in meetings and events. This is an absolutely unique opportunity, considering this terrace borders directly on the Vondel Park and it’s one of the largest in the Amsterdam city centre. In the summer months, the elevated platform – perfectly suitable for drinks with up to 200 people – is a more than worthy replacement. A more beautiful spot for company drinks is unimaginable.

For other types of events, Vondelpark3 makes use of the TV studios from VondelCS: two rooms on the first floor, well-known from some popular Dutch TV-shows. The studios are fitted with trusses and modern equipment. At the same time, the beautiful wood floor, high ceilings and original decorations are reminiscent of the rich history of this monumental building. Both spaces are well-suited for groups up to 150 people and are ideal for events that combine a dinner party with a subsequent party. Behind the high windows lies the Winter Garden, a glass porch that borders on the aforementioned platform. Is the sunny view through the windows a little too inviting? Then the sun can be blot out by means of special curtains. 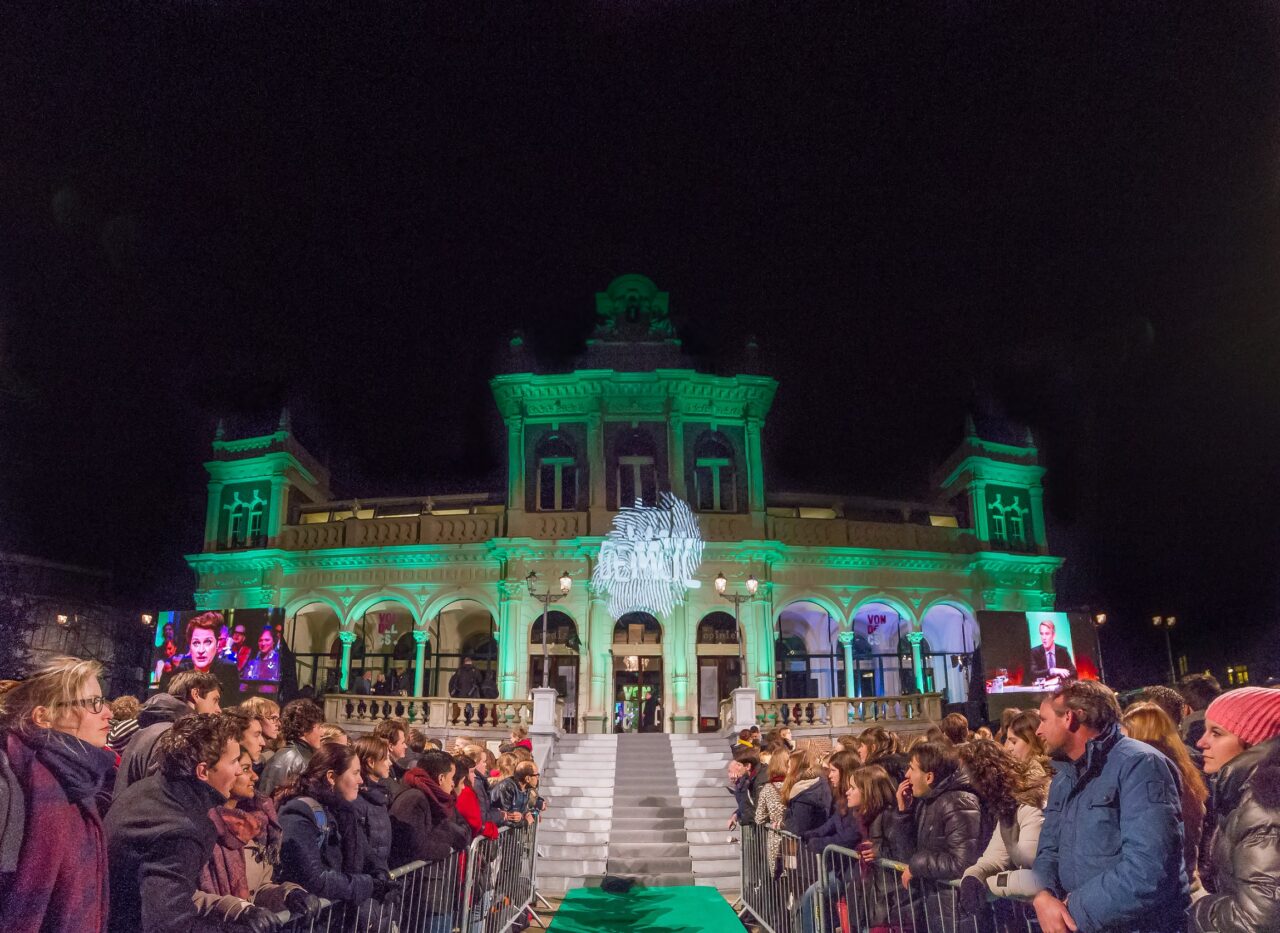 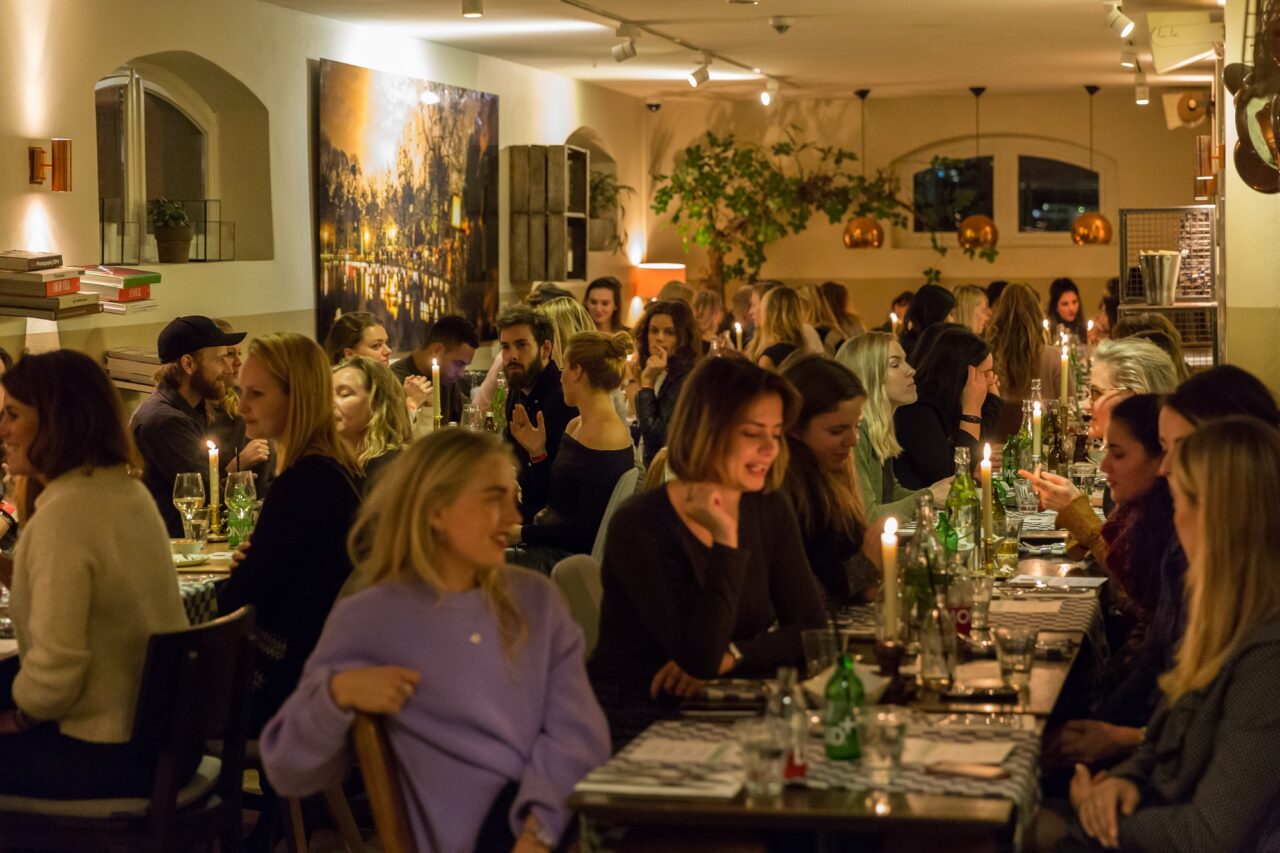 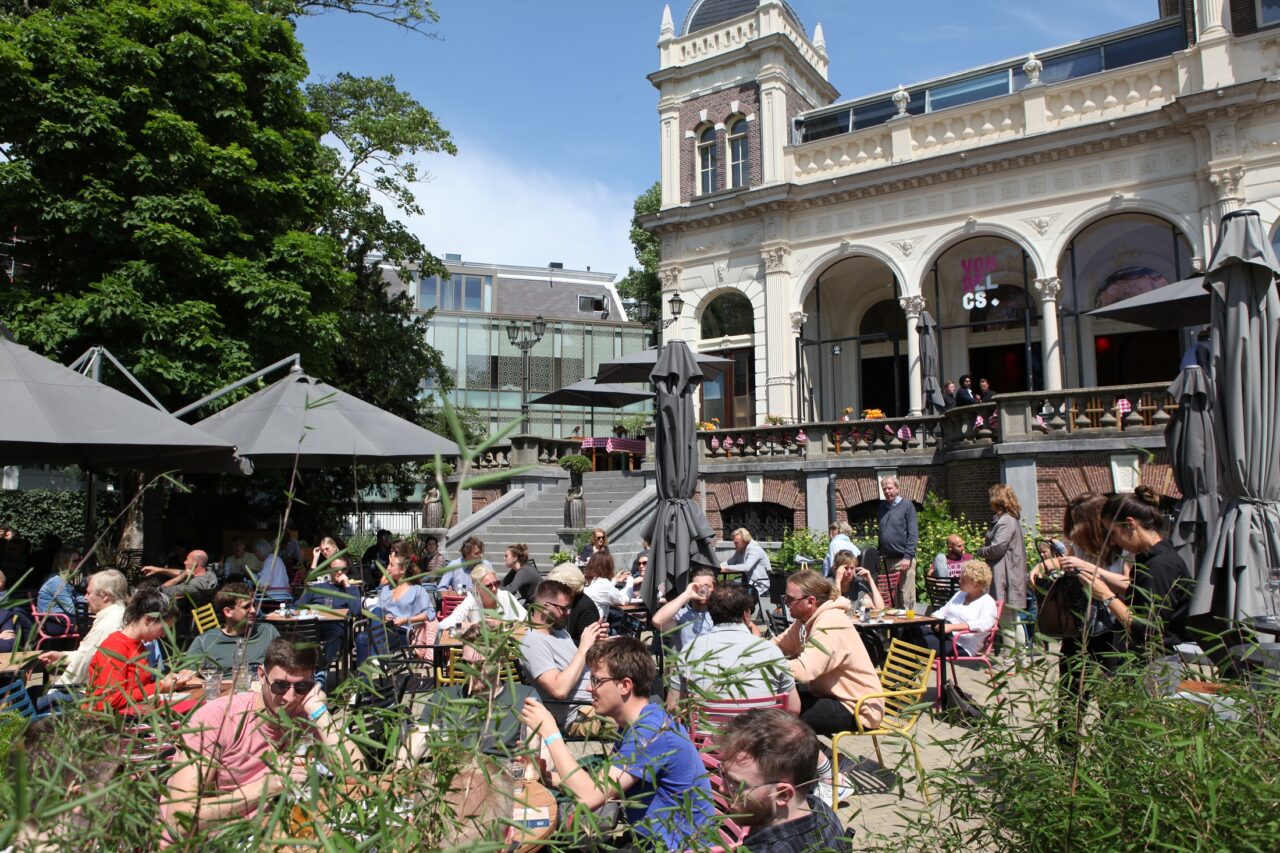 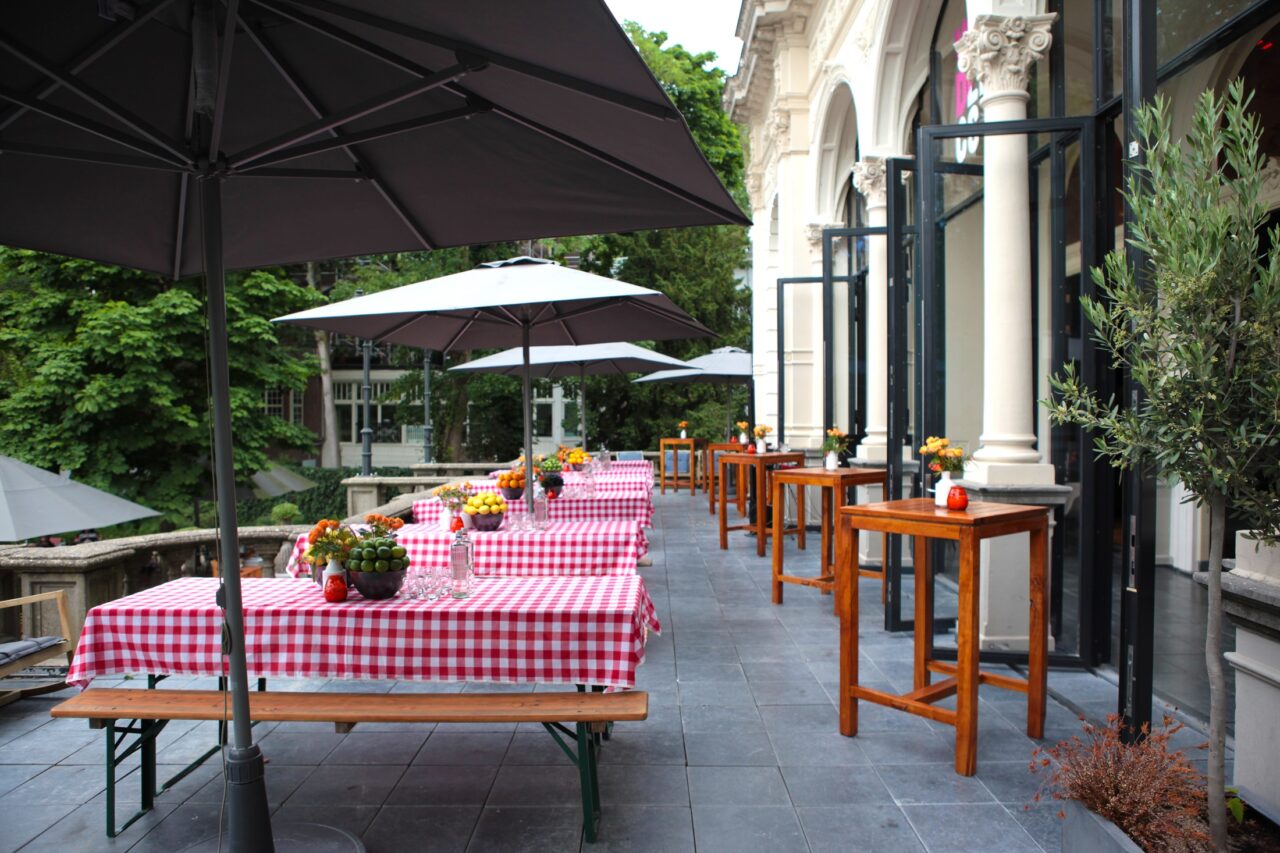 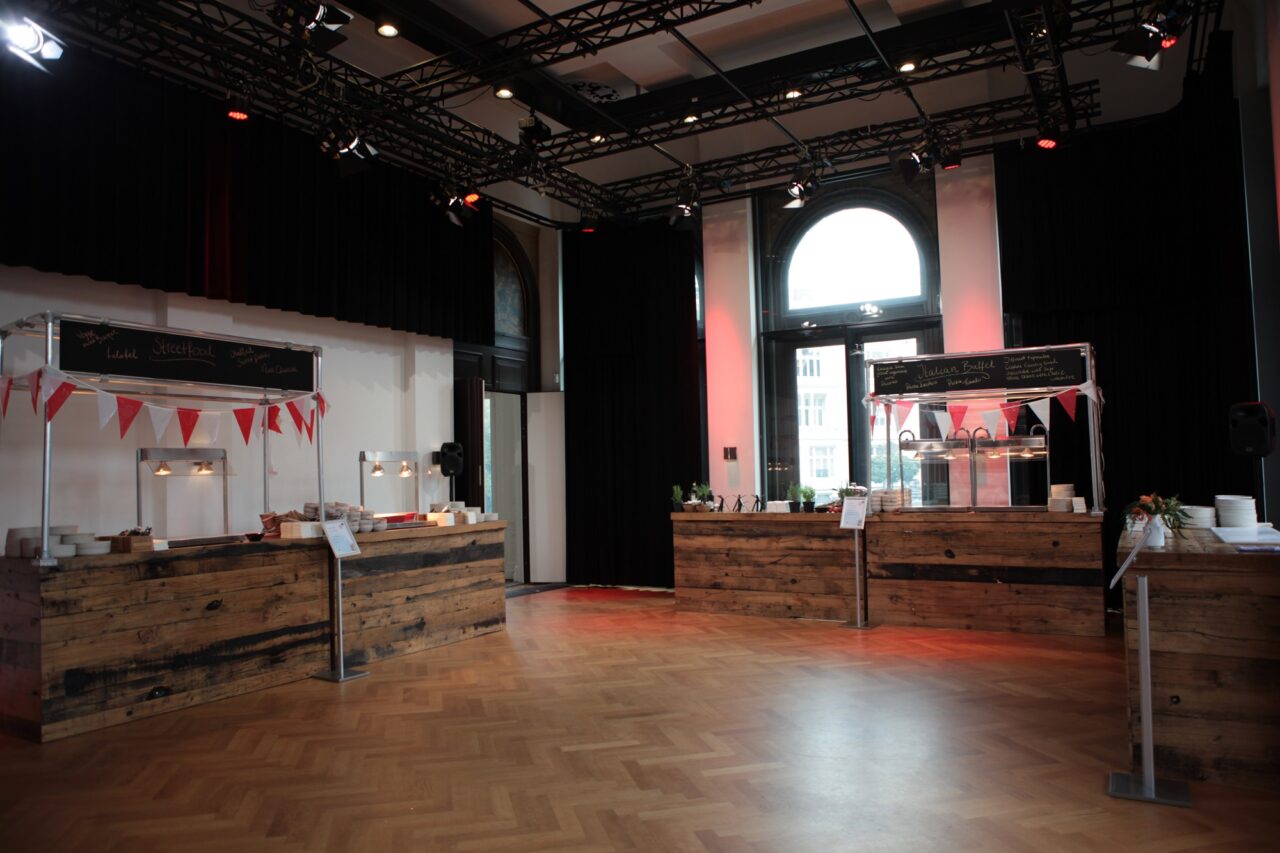 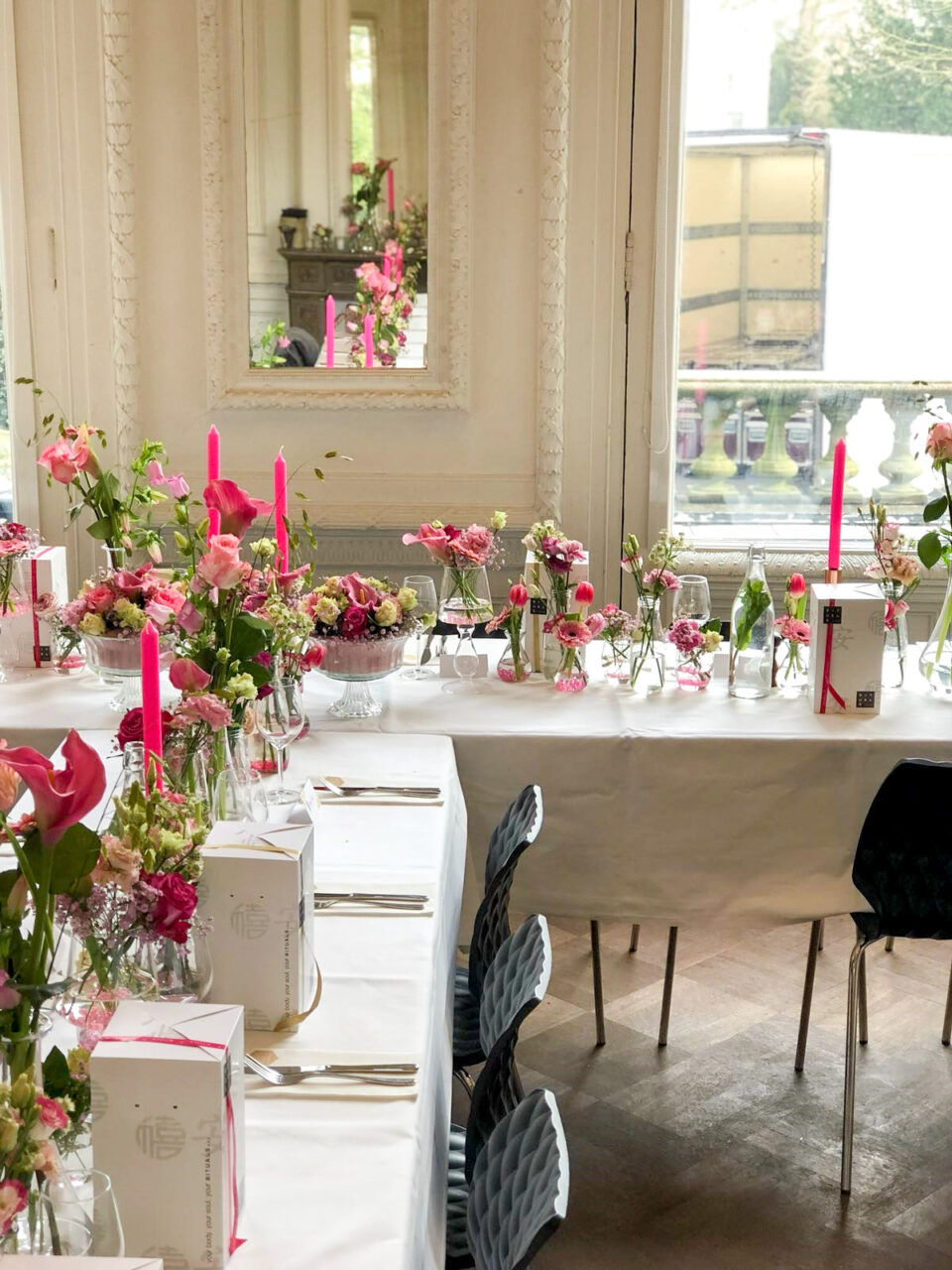 In addition to the two big studios, VondelCS offers multiple break-out spaces, each with its own unique character. Take the Franse Kamer (French Room), a slightly smaller space which was kept authentic and original. The many classical decorative elements and the perfect acoustics make this a perfect room for small presentations and concerts. The MediaCafe is an exhibition space where young artists display their work, but it’s also available for meetings, workshops, or even a pub quiz. And would you like to share the content of your event with the world? Then record it in the special podcast studio.

Events organized here will come out best when they utilize the multimedia character of the venue. VondelCS offers numerous audio-visual facilities, from large led-screens to sound setups for concerts. Podium parts, special sound-proof curtains, and dressing rooms are all available to be used for events. A keynote speaker from the world of radio and television is easily arranged through the network of VondelCS.

The organization of events in an impressive building such as Vondelpark3 is, of course, not done by just anyone. Vondelpark3 is a part of Unlimited Label, proprietor of multiple characteristic venues. Most event organizers are probably familiar with Strandzuid and Caffe Esprit at Spui Square, both renowned venues in Amsterdam. Unlimited Label offers tailor-made events, no matter what the purpose of the event is. Proper support is guaranteed, whether it concerns a simple workshop or a large event.

5 Venues in the Most Beautiful City Parks of Amsterdam 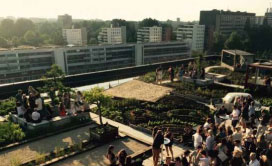 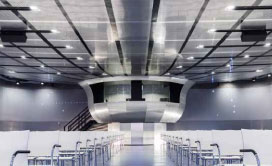 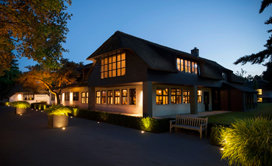 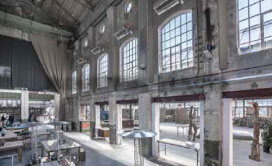 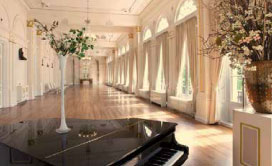 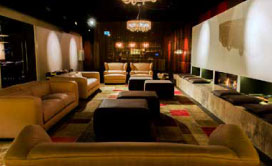 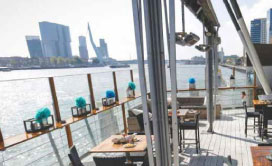 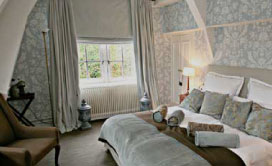 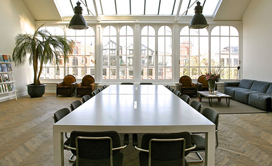 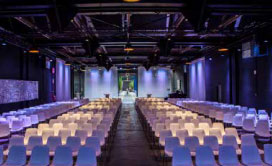 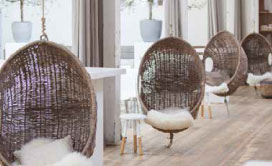