Event Venue with Passion for the Environment and Society

How many event venues that combine culture, sustainability and corporate social responsibility in a single location can you name? Theater De Meervaart in Amsterdam is one of the most progressive theatres in terms of programming, it has a clear vision regarding the pioneering role theatres should have when it comes to sustainability, and it has taken its social responsibility for the past 40 years. Last but not least, the venue has everything you need for great events and congresses.

Theater De Meervaart is situated in the hart of Amsterdam New-West, with a view of the Sloterplas. The area surrounding this pond is a green urban oasis in the heart of an up-and-coming neighbourhood. New-West has been developed into an attractive area in recent years, not just for its inhabitants and entrepreneurs, but – with new hotels and event venues and great accessibility close to the motorway and public transport – also for organizers of events and congresses. With a parking garage beneath the building, a tram stop right in front of the door and a direct bus link with Schiphol, Theater De Meervaart is perfectly accessible for everyone. 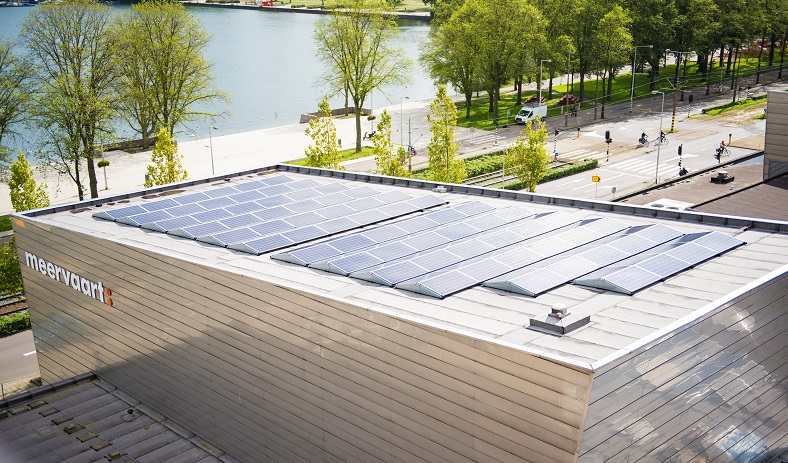 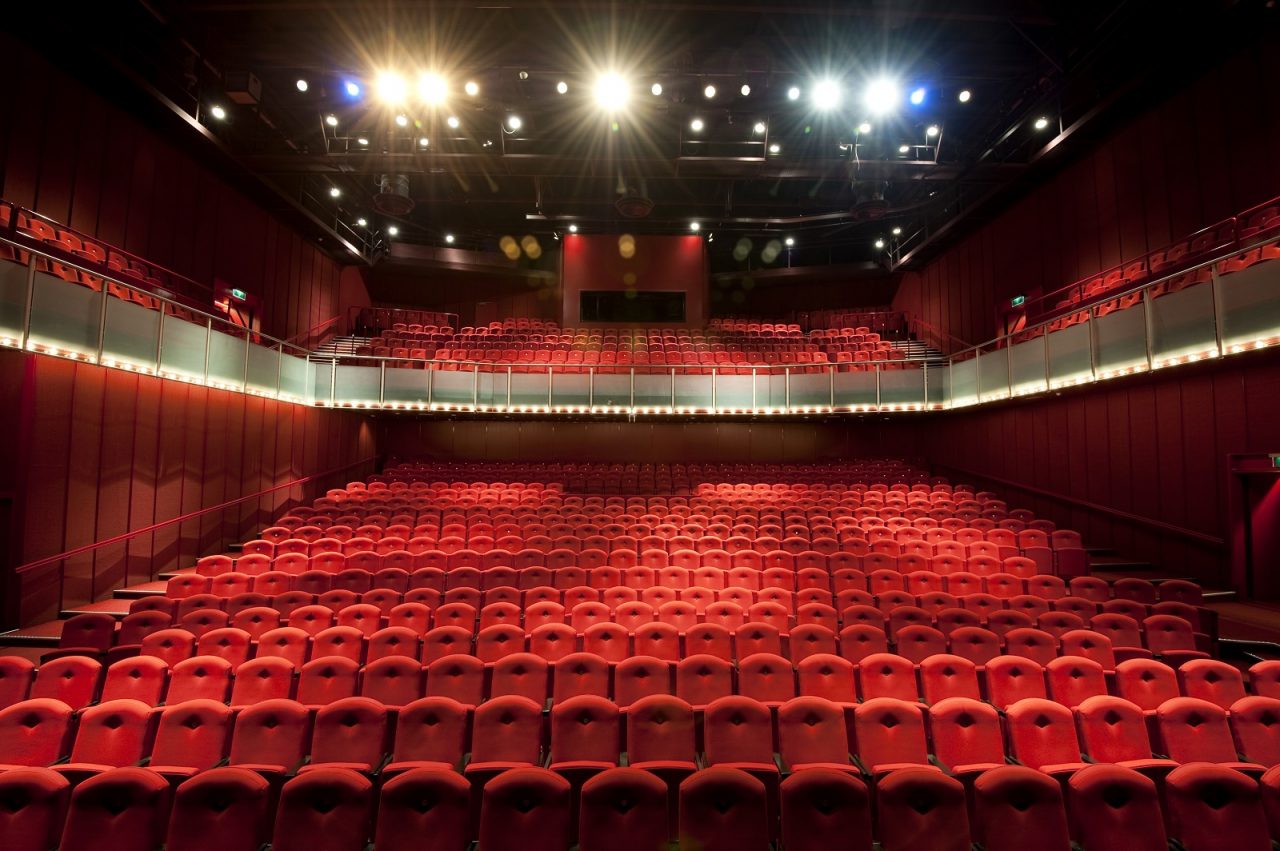 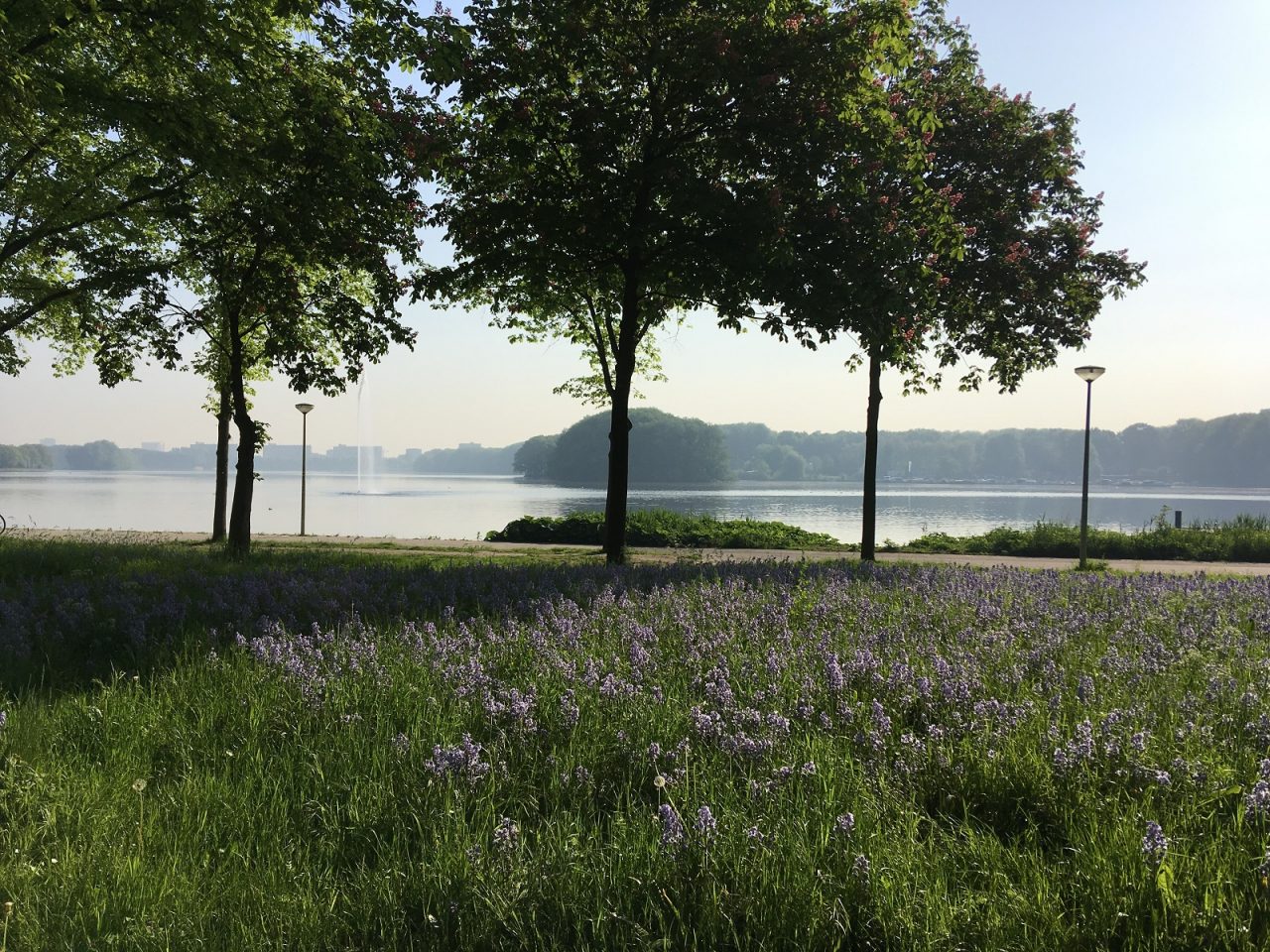 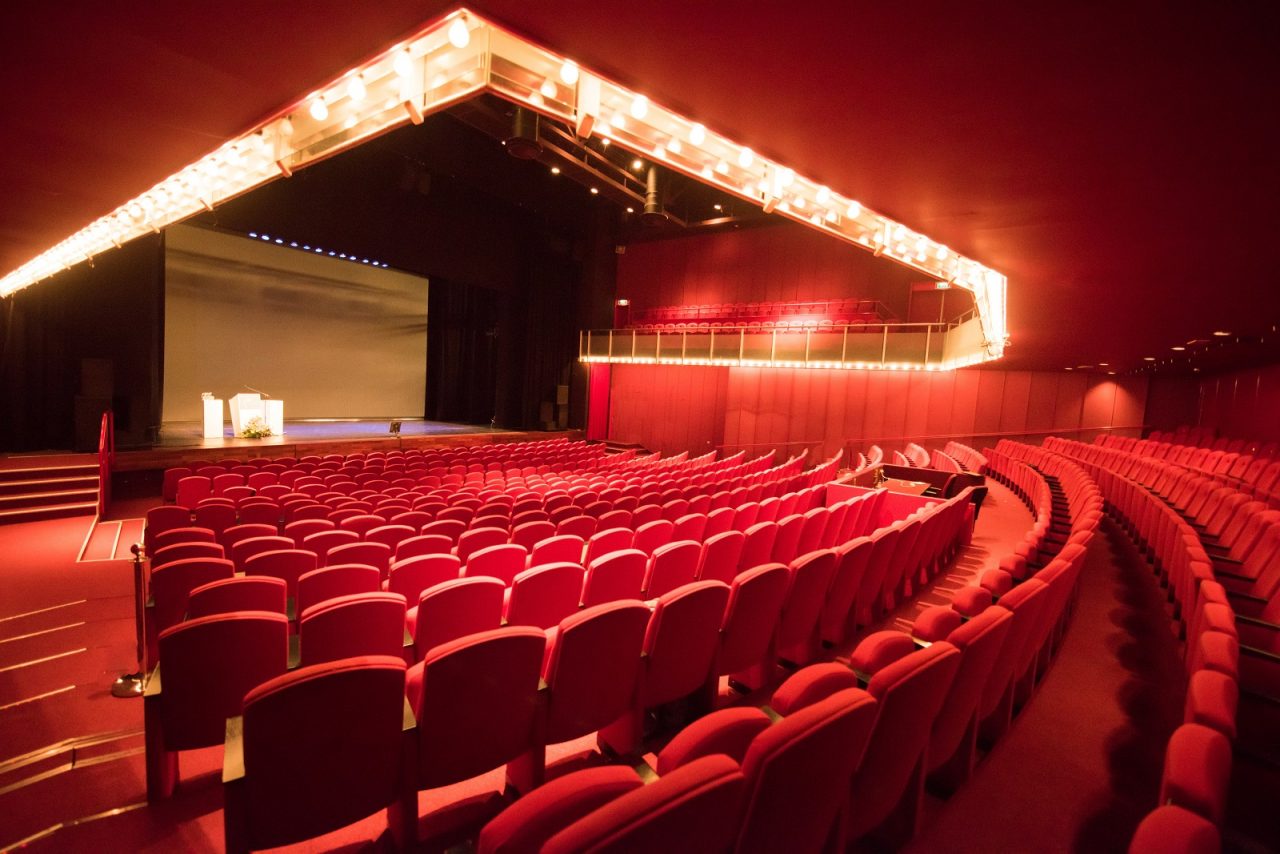 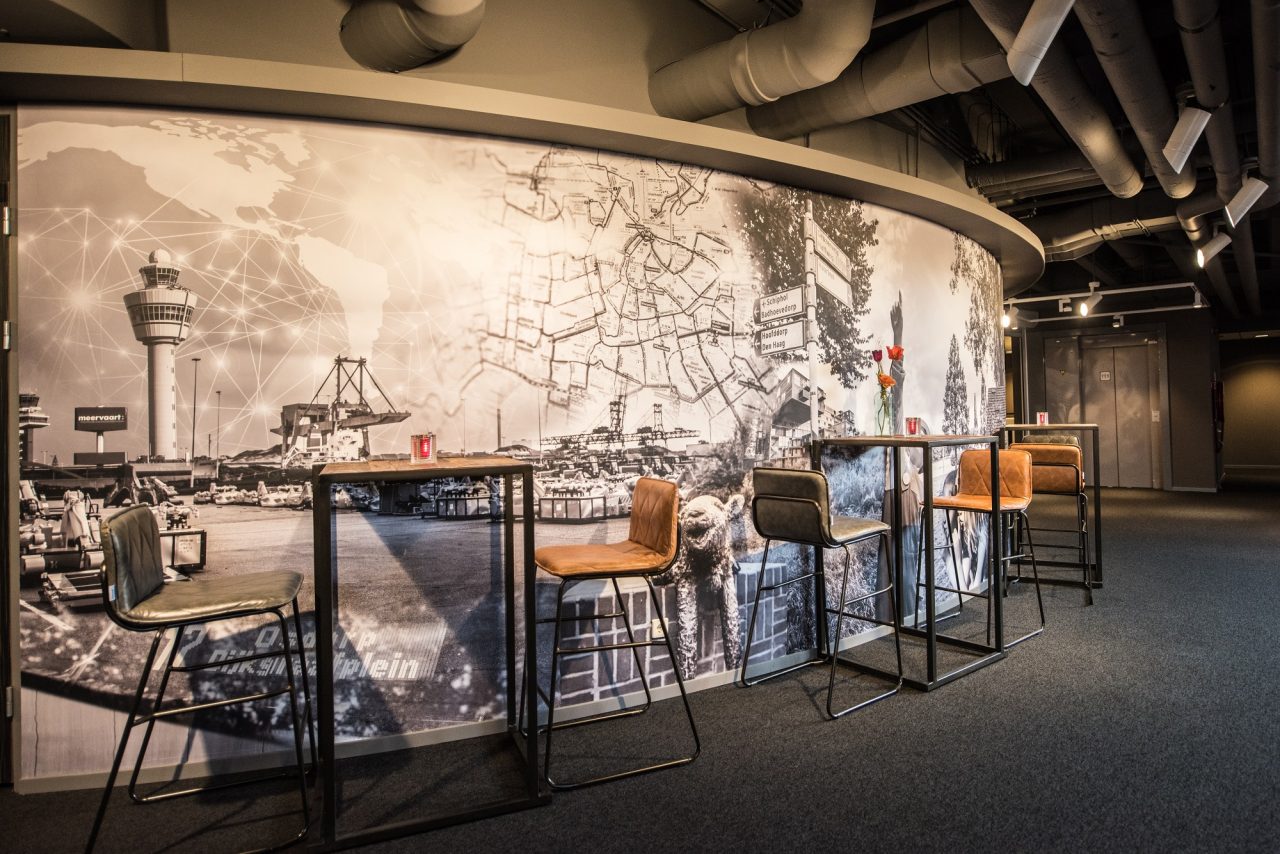 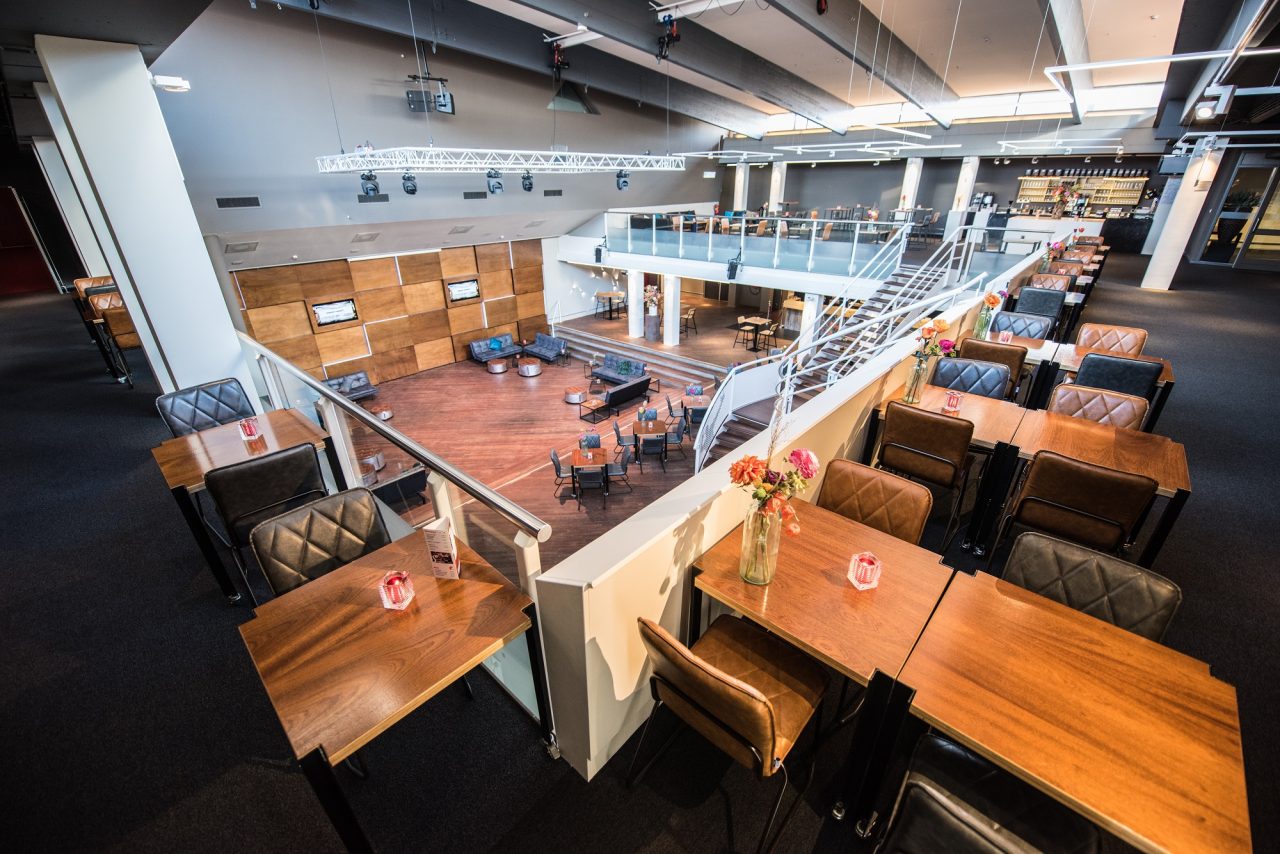 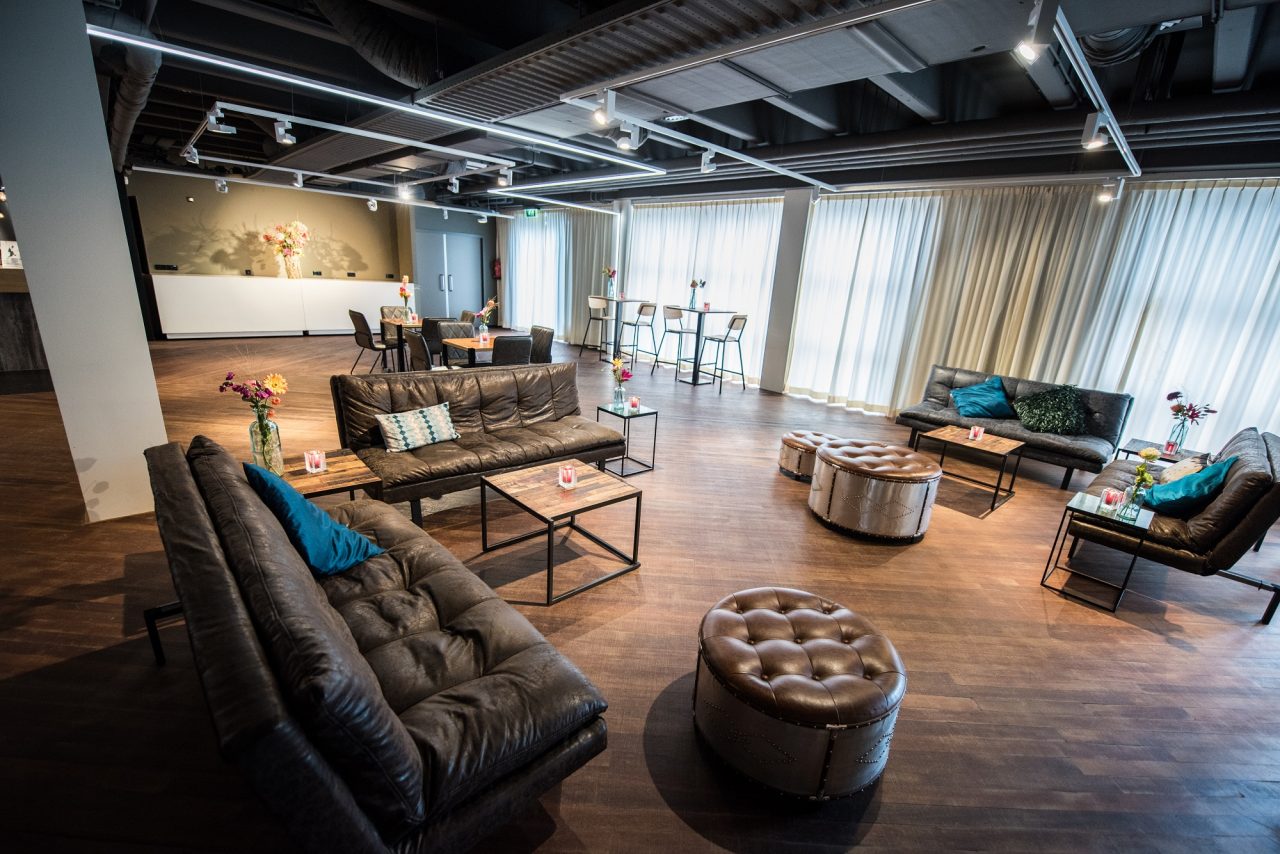 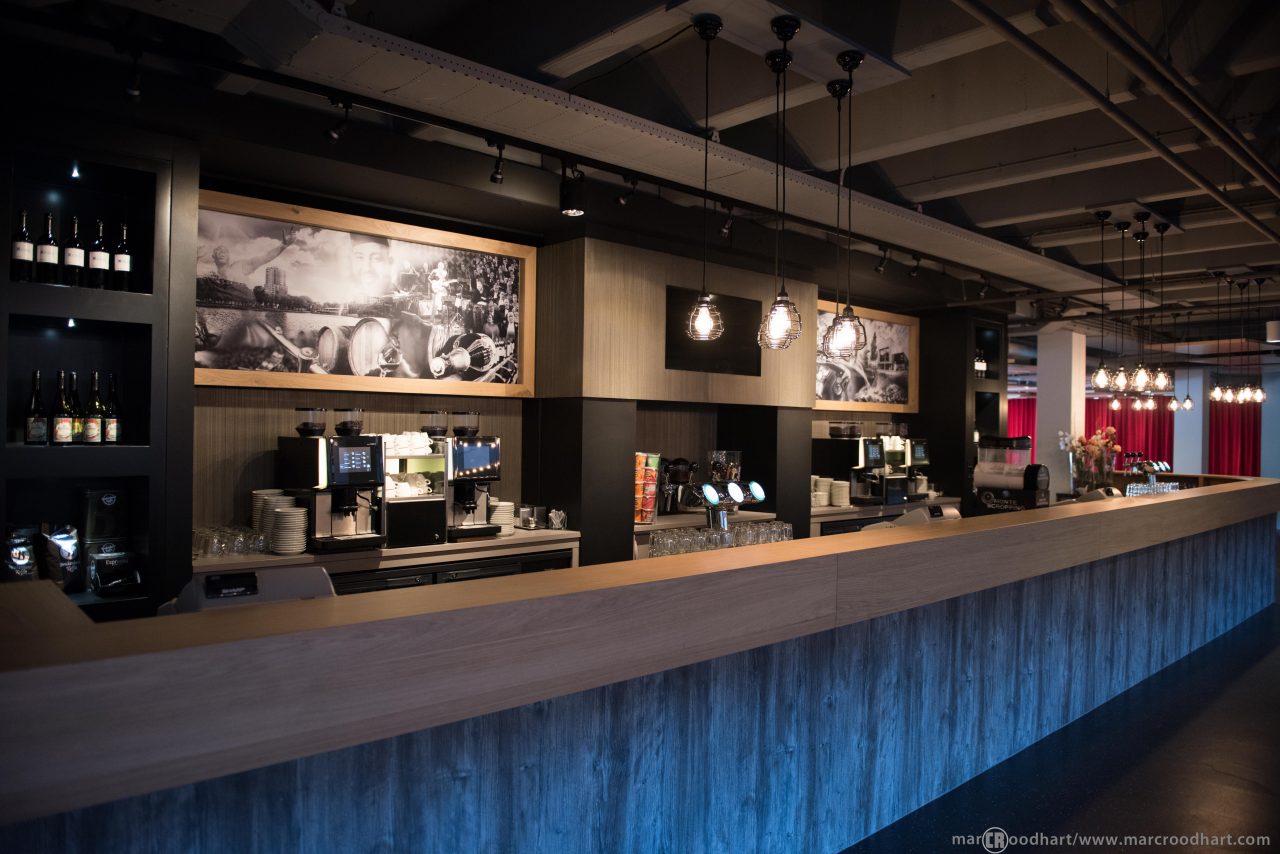 Theater De Meervaart is a modern theatre building with an open and light atmosphere. The venue has twelve rooms available for meetings and events, suitable for groups up to 800 people. Due to smart grouping of the rooms around one central foyer, the venue is compact – despite its high capacity. Coming in from the main entrance, you arrive in the open and high foyer on which most of the rooms border. It’s particularly nice for visitors of large congresses to have a clear point of reference right at the entrance. Thanks to some smart dimensional design, you can get a clear overview of the entire foyer from every corner. The open space and the warm, contemporary furniture make it a place where you feel right at home.

Two of the twelve spaces for meetings and events are the theatre rooms. De Rode Zaal (The Red Room), with 800 seats the biggest room of the venue, serves as the main space where keynote speakers stand on the stage and the congress is opened. De Blauwe Zaal (The Blue Room) is a smaller, multifunctional space with a flexible stage. This is the place where workshops and sub sessions can be held for up to 270 people, or the flexible stage can be collapsed to make the room suitable for different settings. In addition to these two main rooms, there’s ten more meeting rooms, all connected by a large corridor bordering on the foyer. Getting lost here is impossible, but in case of emergency there’s always the theatre gong announcing the different sessions and corresponding rooms in style.

It should be noted that the rooms in Theater De Meervaart aren’t standard. Of course, De Rode Zaal has the ambiance of a proper theatre room with red chairs, high ceiling, lamps, sound, and a grand stage – everything you look for in a theatre. The meeting rooms have a practical setup and are separated by partitions, allowing to increase size on demand. But de Blauwe Zaal has, in addition to the collapsible stage, another trick up its sleeve: slide the high curtains open and reveal behind the stage an impressive set of windows, offering a fantastic view of the Sloterplas. A great setting for a dinner or reception is created. Anyone in need of additional special spaces can make use of the beautiful dressing rooms or the Meervaart Studio.

‘The open space and the warm, contemporary furniture make it a place where you feel right at home.’

Traditionally, Amsterdam New-West is an area with a very diverse population. As the leading theatre of the area, Theater De Meervaart has played a connecting role since its foundation, bringing different cultural groups together. The theatre, as a cultural institution, contributes actively to the development of the cultural ambition of inhabitants, stimulates engaged citizenship, and provides a rich living environment. That’s why the stage of the Rode Zaal offers a mix of established names, smaller and progressive productions, and local artists. At the same time, youngsters are involved in and enthused about the performing arts through the educational program Meervaart Studio, in which youngsters can develop their performing skills.

Youngsters from all around Amsterdam are given the opportunity to hone their skills, be it in performing arts such as dance and theatre, or to break through as a DJ. Through this program, Meervaart Studio helps about 7000 kids and adolescents annually, stimulating them to discover their talent and develop it. The best thing about the program is that it’s made possible because of the revenue generated from corporate events. By organizing an event at De Meervaart, you directly contribute to the talent development of Amsterdam youngsters. 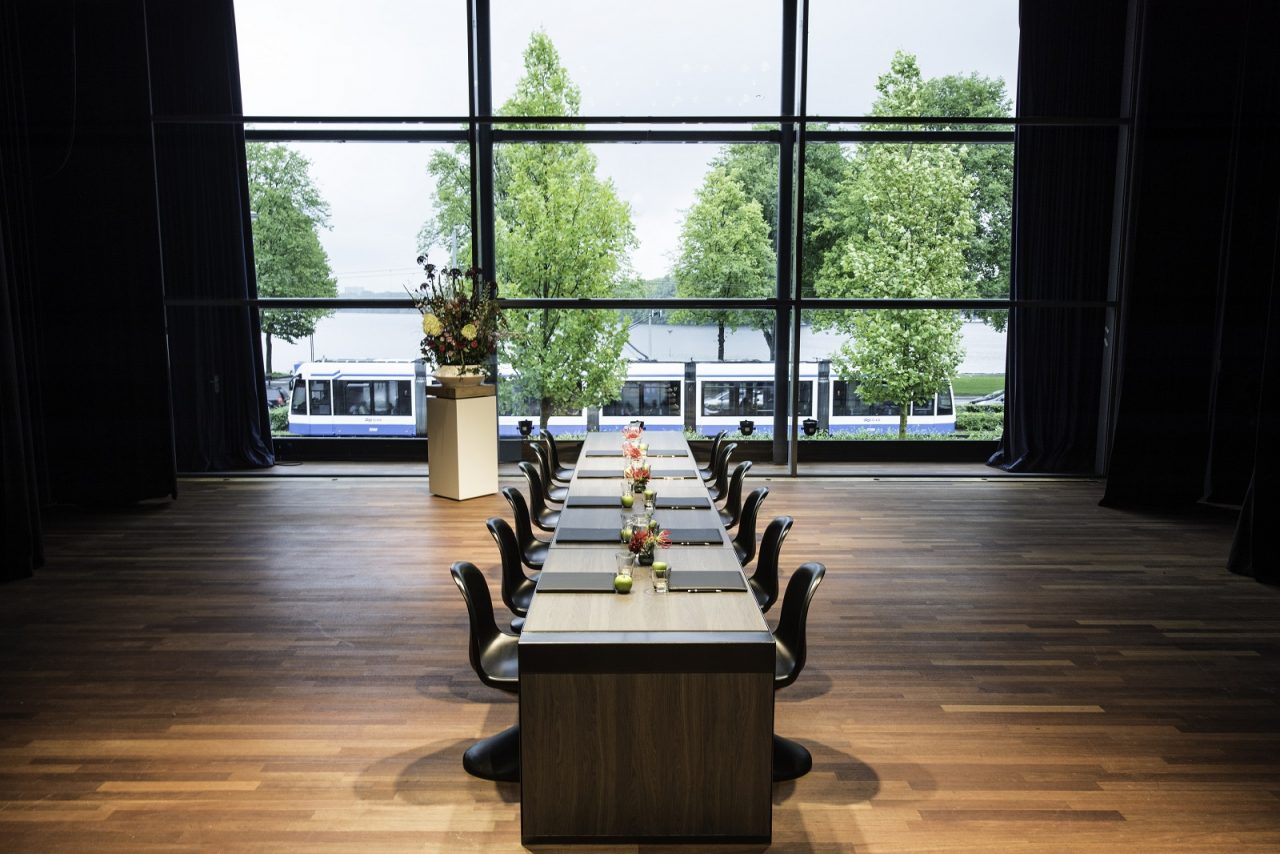 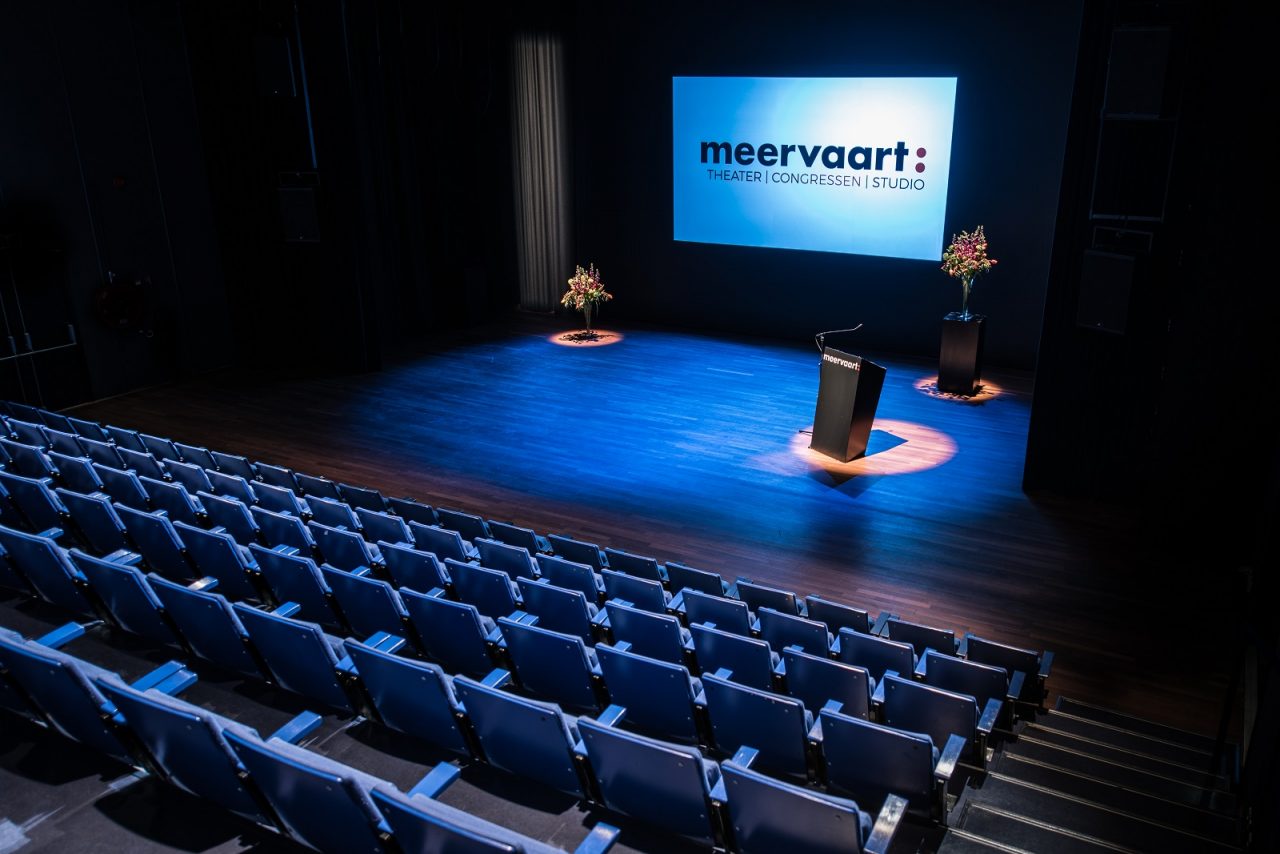 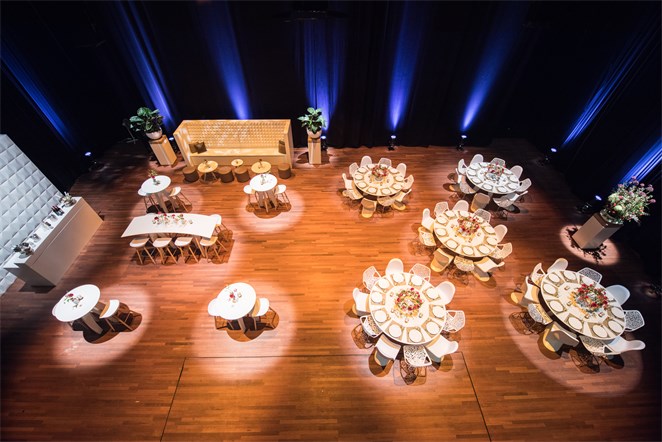 Additionally, Theater De Meervaart has been working hard to make the operational management more sustainable. In 2017, 300 solar panels were installed on the roof and a big part of the venue has been fitted with led lighting towards that end. In 2018, the Blauwe Zaal was renewed and fitted with sustainable lighting. The catering works with local suppliers, in order to contribute to the local economy and to improve sustainability. A great example of this on the menu is the vegetarian bitterbal (type of Dutch snack, similar to a croquette), which is made with mushrooms that have been cultivated on used coffee grounds from the many cups served here in the breaks.

Theater De Meervaart has much more to offer than great rooms with lots of break-out possibilities. There’s the professional event team, which is highly experienced in setting up the most complex productions and festivals. The venue has excellent theatre technique and the technical engineers required to help you make the show a grand spectacle. It has that pure theatre charm. But what stays are the stories that make this such a great venue.